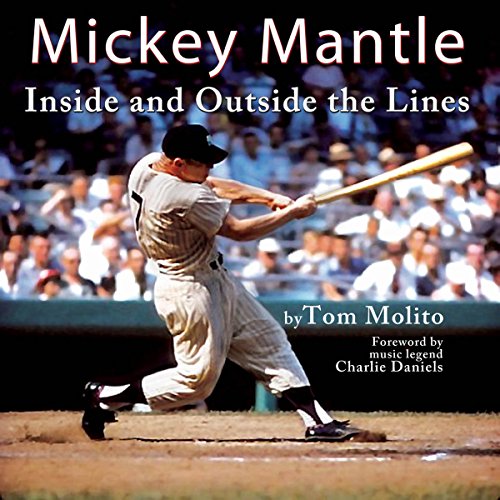 Mickey Mantle: Inside and Outside the Lines is different from any other Mickey Mantle book. It was written for baseball lovers and Mantle fans who will live vicariously through its author Tom Molito.

The year 2016 is the 60th Anniversary of Mantle's Triple Crown season, which many baseball experts consider one of the best seasons ever for a ball player. Of course, those who experienced that season are decreasing in numbers. But Mickey Mantle is more popular than ever. The value of his memorabilia is second to none. He remains respected and admired for the redemptive quality of his life.

The book recalls never before told stories: from Park Avenue, to Las Vegas, to Cooperstown; from television shoots to concerts and Mickey's restaurant on Central Park West.

Molito collaborated with the highly respected baseball historian Harold "Doc" Friend. The late Mr. Friend wrote for Bleacher Report (CBS) and uncovered previously unknown facts about Mantle's career - such as Mickey hitting the facade in Yankee Stadium three times not the reported twice. An entire chapter updates Mantle's career with present day statistical measures and comes to the indisputable conclusion that Mickey Mantle was even better than we thought!

The book utilizes archival newspaper articles, websites and more than 35 books on Mantle to weave the most complete, unique look at an American icon.

What listeners say about Mickey Mantle