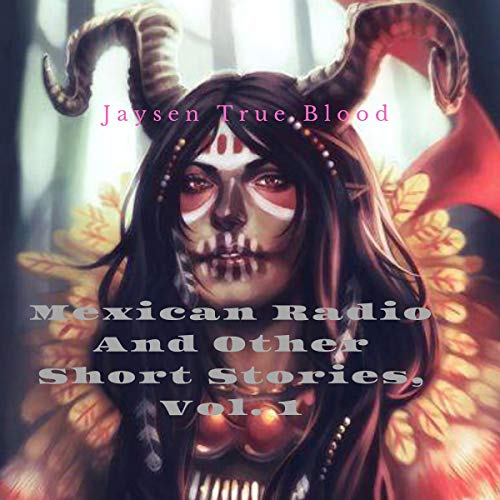 Mexican Radio and Other Short Stories, Vol. I

Going Down in a Blaze of Glory: Being an outlaw in the old west is hell. But when you are being hunted by the fastest draw in the west who also packs a buffalo gun, it's worse than hell.

Lay Your Money Down: Guy Marlowe is a gambler with a few surprises up his sleeves as he is called upon to make a wrong right. Psychological Suspense:

I Don't Like Mondays: When a prank goes horribly wrong, three friends find themselves where they don't want to be.

Mexican Radio: A con turns a murder plot to his own benefit.

Narratives of a Dry Vampire, Part One, On the Wings of a Bat: Killing one's own family is all in a day's work when you are atoning your life as a vampire.

Burning Sky: Ma flees to the colonies after Pa is killed for a mysterious reason by his employers.

New Year's Resolutions: A futuristic view into the wishes of a struggling divorced man.

Faster Than the Speed of Life: Metaclones are going to take over the earth! Or are they?

Eighteen and Life: There is only one thing to do when you are falsely arrested and convicted for someone else's crime.

I Just Want You: An obsessive love letter tells all about one man's thoughts.

In the End There's Nothing: Disappointment can do a lot of things.

The Diaries and Letters of Niccolo and Maffeo Polo: Follow the polo Brothers to China on their first three trips.

What listeners say about Mexican Radio and Other Short Stories, Vol. I