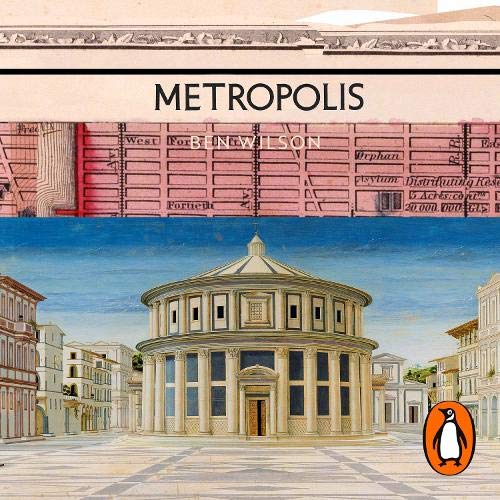 A dazzling, globe-spanning history of humankind's greatest invention: the city.

From its earliest incarnations 7,000 years ago to the megalopolises of today, the story of the city is the story of civilisation. Although cities have only ever been inhabited by a tiny minority of humanity, the heat they generate has sparked most of our political, social, commercial, scientific and artistic revolutions. It is these world-changing, epoch-defining moments that are the focus of Ben Wilson's book, as he takes us on a thrilling global tour of the key metropolises of history, from Urk, Athens, Alexandria and Rome, to Baghdad, Lübeck and Venice, to Lisbon, Amsterdam, London, Paris, New York, LA, Shanghai and Lagos.

Managing and re-imagining the city is already one of the most pressing issues of the 21st century. With more than half the world's population now living in cities and with the cosmopolitanism of the major world metropolises under attack from revived nationalism and hostility to globalisation, it has never been more important to understand cities and the role they have played in making us who we are.

Rich with individual characters, scenes and snapshots of daily life, Metropolis combines scholarship and storytelling in a terrifically engaging, stylishly written history of the world through an urban lens.

What listeners say about Metropolis

I'm sure it's a great book after listening to to the first two chapters, but I just can't handle the lector's voice and his annoying manner

A well-conceived history of cities and human resiliency

While I found the narrative style slightly off-putting at first (an aloof manner with a tendency to hyperbole), I’m glad I decided to stick with it. It is a remarkably efficient and comprehensive account of the development of cities that is at once edifying and entertaining. Despite the controversial aspects and strong opinions inherent to the subject (economic policy, racism, etc) the author manages to maintain a good degree of objectivity throughout.
The narrator handles the iterative nature of the text quite well, and maintains consistency, clarity and a brisk pace throughout.