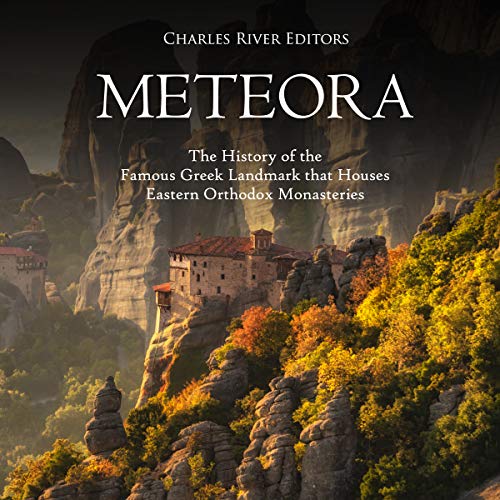 Meteora: The History of the Famous Greek Landmark That Houses Eastern Orthodox Monasteries

The Tower of Babel is arguably among the most well-known allegories of the Old Testament. As told by the Book of Genesis, the story revolves around a post-flood batch of Noah's descendants who dwelled in Babylon's Mesopotamia, a city erected by King Nimrod. The population multiplied rapidly over the years, and the city's inhabitants fostered the growth of their culture and enhancing the infrastructure of their territories, made easier by the existence of only one common language. Naturally, the pride of the Mesopotamian residents burgeoned, but their contentment, poisoned by their greed and ambition, began to decline. The only way to prevail over this slump, believed a particularly enterprising group of individuals, was to construct a colossal ziggurat (a “rectangular, stepped tower”) that would ascend past the clouds and into the heavens. With this tower, they intended to “make a name for” mankind and the untouchable abilities of mere mortals, thereby severing their relationship with God, their creator, for good.

According to the Bible, God was far from impressed, and to add insult to injury, the architects behind this attempt deliberately opted for man-made materials, such as brick and tar, rather than stone, timber, and other natural building blocks gifted to them by God. The overblown pomposity and conceit of his subjects had to be ceased at once, lest they stray further away from him. Thus, as the people slept, God reached down and scooped up handfuls of the slumbering Mesopotamians and strewed them across the continents, creating 70 different nations and tribes. When they awoke, the bewildered residents of the newly birthed nations were speaking in different tongues. With the architects scattered around the globe and now unable to understand one another, construction of the partially built ziggurat came screeching to a halt. It was later dubbed the “Tower of Babel”, or the “Tower of Confusion”. This miserable monument, which served as a haunting reminder of man's subservience to God, was continuously marred by fire and battered by the elements over the years until it eventually crumbled back into the earth.

Close to 1,850 miles to the west of Babylon, roughly 3,000 years later, yet another group of mere mortals set out on a daring, but seemingly fragile quest to build their homes in a place that - at the very least - symbolically neighbored the kingdom of God. Evidently, these mortals had earned the Lord's blessings, for there, a smattering of their descendants remain to this day.

Meteora: The History of the Famous Greek Landmark That Houses Eastern Orthodox Monasteries looks at the unique place and what life has been like there since the monasteries were built there. You will learn about Meteora like never before.

What listeners say about Meteora: The History of the Famous Greek Landmark That Houses Eastern Orthodox Monasteries