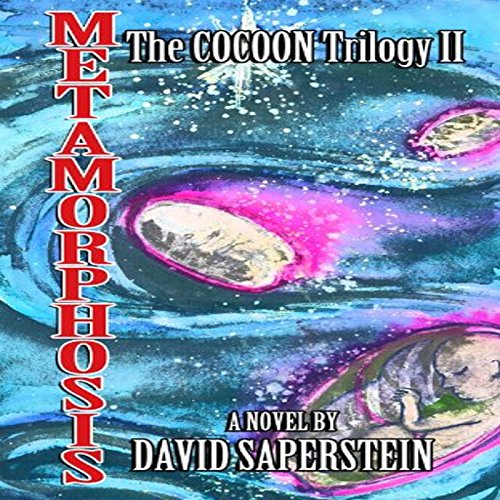 Metamorphosis: The Cocoon Story Continues is the second book of the Cocoon Trilogy. The first, Cocoon, was a New York Times Best-selling novel. A major, and very successful worldwide motion picture, Cocoon, was produced (story by the author, David Saperstein - nominated by the Writer's Guild of America for Best Original Story written for the screen). The movie plays often on TV and cable, worldwide. It is also available on DVD. Metamorphosis: The Cocoon Story Continues, begins five years after Cocoon ends.

About the Author: Born in Brooklyn and raised in The Bronx, David Saperstein is a product of the NYC public school system - from kindergarten through college at CCNY where he was recently awarded the Townsend Harris Medal for, "...distinguished contribution in his chosen field of work and to the welfare of his fellow men." After serving in the US Army, David founded Skyline Films, writing, producing and directing award winning documentaries, TV specials and commercials. He then spent five years in the rock 'n roll and R & B music businesses as a lyricist and manager. Cocoon was his first venture into fiction. David went on to write fourteen novels, thirty-five movie and TV scripts, direct feature films, create lyrics for over eighty published songs, and write librettos for three musicals. He has taught, lectured and facilitated seminars in colleges and corporations in the United States, Canada and Europe. His wife Ellen, an interior designer, and David, have two children and four grandchildren.