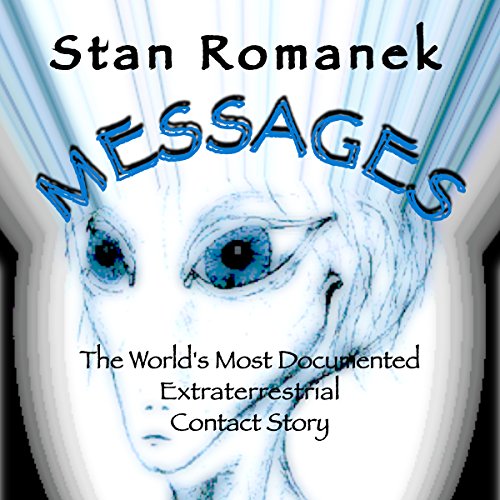 This is the startling, bewildering, intriguing, and wildly popular account of Stan Romanek's scientifically supported and well-documented experiences of alien encounters and abductions. It is augmented by lab reports, testimonial from prominent professors, and vivid recollections of photo and video stills shots and refers to proven mathematical equations of which Stan should have no known knowledge. As difficult as Stan finds it, he even shares information regarding his regression sessions, shedding more light on his experiences.

Stan's regressions have become a bridge for information about the origins of these strange beings. While the encounters are at times frightening, Stan and his wife, Lisa, take a somewhat lighthearted approach by affectionately naming each creature and not backing down from the frightening experiences. They take every opportunity possible to document whatever they can to help explain these rare and odd occurrences.

Romanek resides in Colorado. He has been interviewed on Larry King Live, 20/20, Coast to Coast, and other national television and radio programs. He has been invited to speak at UFO conferences across the country. His unique story has appeared in UFO Magazine, MUFON Journal, and other periodicals.

What listeners say about Messages

Whether your a believer or not...
This is a well known story if your into the alien stories, and the story is fantastic. sure some of it is hard to believe. However, the reader reads as it were a bedtime story which help create a more fictional fantasy world then the biography style it's meant to be. almost creating a belittling effect that is sure to make the reader feel child like for believing or even entertained by the notion of the existence of aliens. I like the story but think the reader did it no justice to the cause

I Loved this Book! Could not stop! Must Buy This

What a story! Very warmly written and narrated. ET abductions are occurring daily all over the world and they never are reported in mass media. Humans are being taken onto ET space craft for surgical procedures. This book is about one man's abduction experiences as told by him. I would say this is one of my very favorite books of all time. Get this NOW!

A Must Listen to

Simple writing style for a complex subject. Feel like a lit is left on the floor due to the authors lack of a vocabulary... but it's still an interesting story.

Skip this. It's all fabricated. Google him. He has a felony charge of possession of child pornography and he admitted to fabricating his abduction claims.

What I bought apparently was a book where a man repeatedly has aliens telling everyone around him in dubious ways how amazing and special he is.

When apparently at the age of 30, he's only just learning things about physics that anyone who's watched a sci fi movie would pick up in the diologue. (Really folding space didn't occur to you until 2002 at 30+?)

He goes out of his way to act stupid, so that middle school physics revelations he has, suddenly seem beyond the intelligence of the average person.

couldn't wait to listen each day more of Stan's experiences. I enjoyed the audible version, it was read well so to engage me to a point I didn't want to stop listening. looking forward to his answers book. unfortunately not on audible.