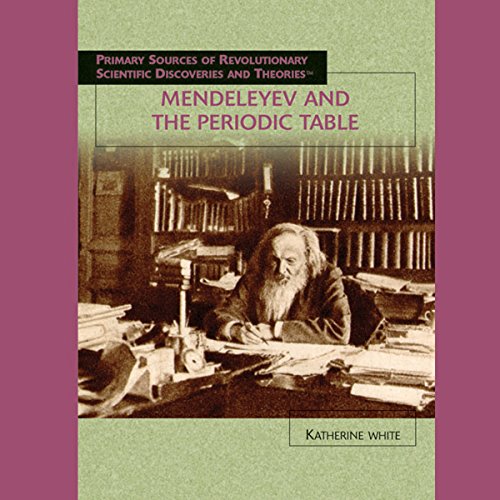 Mendeleyev and the Periodic Table

Mendeleyev and the Periodic Table

This riveting audio explains history's most exciting discoveries. In this series, listeners will travel back in time, experiencing the lives and cultures of some of the world's greatest scientists. This audiobook helps students gain perspective on the scientific climate surrounding history's greatest scientific discoveries and theories. This series is an eye-opening addition to any library.

Dmitri Mendeleyev gave science one of its most important discoveries when he published his periodic table of elements. The periodic table has determined much in the way of science in the past and will continue to do so in the future. The scientist behind the table came from the barren wasteland of Siberia in 19th-century Russia and rose to world acclaim for his work in chemistry.