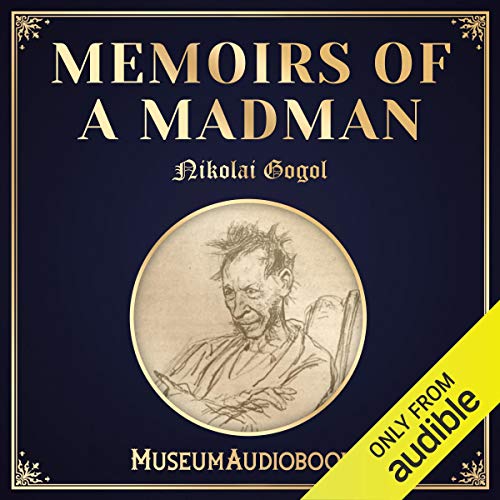 Memoirs of a Madman

"Diary of a Madman"(1835) is a farcical short story by Nikolai Gogol. The story follows the life of a civil servant Poprishchin during the repressive era of Czar Nicholas I. Written in diary format, the narrative shows the descent of Poprishchin into insanity. As he loses it, he begins to “understand” canine conversations. Later, he loses a sense of time, and saw himself as the king of Spain. Poprishchin's alienation from society is strongly rooted to the way he perceives and treats people around him.

Poprishchin sees a menace in everyone and always finds a way to blame others for his personal frustrations, and consequently treats them with the aggression he believes they deserve. This behavior fuels a vicious cycle that justifies the negative perception and treatment that the real world exerts toward Poprishchin.

What listeners say about Memoirs of a Madman