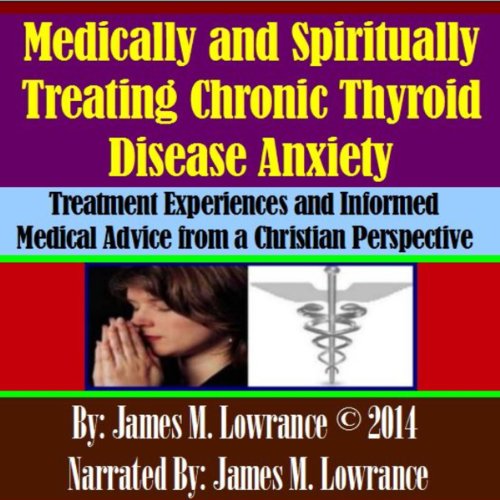 While it might seem unusual to see a book title on the subject of offering Christian encouragement to thyroid patients, it really shouldn't be considered unusual at all. Statistics by reputable polling organizations have shown that 75% of the U.S. population claims to be of the Christian faith and some medical estimates have revealed that over 30-million Americans are experiencing thyroid diseases.

General statistics of belief in God are considerably high, with some polling data indicating that 9 out of 10 Americans believe in a supreme being. Some polls that have concentrated on particular groups of people have revealed similar statistics. In the year 2004 for example, a poll conducted by HCD Research, revealed that 3 out of 4 medical doctors (of the 1,100 respondents who participated); believe in divine intervention, in the form of miracles.

I have personally read books by Thyroid Patient Advocates (proactive patients who help to inform fellow-patients), who include chapters in their books that encourage seeking spiritual as well as medical help for the emotional symptoms of thyroid disease. I feel this is not an improper thing to do at all and in-fact, I personally believe that faith brings more hope to those who are seeking recovery and a better quality of life, in the midst of suffering medical health conditions.

Over the past few years, I have corresponded with other patients, who also expressed their Christian faith to me and I have derived much of the information within the chapters of this book, from my responses to their questions and their requests for advice regarding emotional symptoms.

In addition to well-studied layperson medical advice that I offer , it is my sincere hope that the chapters of this book also help to bring spiritual comfort and encouragement to those who are suffering thyroid diseases that have presented them with difficulties in treatment or challenges with learning to cope with their hypothyroid or hyperthyroid conditions.