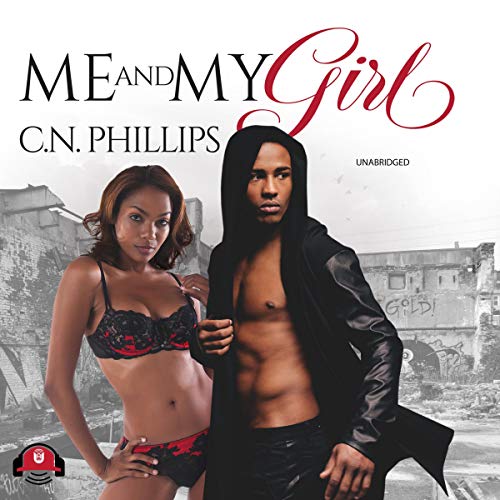 Me and My Girl

"I'm in love with my best friend's boyfriend." It seems to be a trend, but for 25-year-old Matise Jackson, it is an ugly truth. When she told her college best friend the type of woman she thought he should be with, she was describing herself, but instead of falling into her trap and becoming her Prince Charming, he shows up at her doorstep with a new princess.

As much as Matise wants to hate Lia, she can't. They're so much alike that gradually they become the best of friends. Still, no sisterhood can stop Matise's heart from wanting the thing she desires most - Jordan. He is sexy as hell, smart, funny, and the two of them are so in sync with each other it scares her sometimes. Matise knows he is the man designed for her, but there is one thing standing in the way. When she finally gets the chance to act on her heart's desires, will she rip apart a seemingly happy home, or will she live her life constantly wondering, "What if?"

What listeners say about Me and My Girl

I enjoyed the narrator and authors work. I’m mad part 2 isn’t available. Not bad but the ending left much to be revealed.

Nice bool but I want to know what happened.

The book was a really good one and very interesting, but dam why did it have to end like that. I would love to know what happend with Jordan and his besty dam...

Finished in a day!

The story was really well thought out. It was not predictable at all. I think the narrator did a great job telling the story. Very pleased and I am looking forward to the next book.

...I see why this book was from from Audible new premium program.....this book was a terrible interpretation of a bad 1970’s made for TV movie....just TERRIBLE!

I loved the entire book I just needed to get used to a man reading all the characters.

Loved it! Where is the sequel!??! Can't wait to read it hopefully its coming soon.

This is a great read!! There was a bunch of drama and craziness!! I loved every bit of it!! Another part!!

I wish I knew about the sequel.... I can’t find it anywhere🥺. I am wanting to know what happens next?!?!?

Good book, I really enjoyed the story. I hate that it is a sequel with a second book. Why can't authors write a good complete book. Anyway the plot was good, predictable, I figured out the twists before they happened.