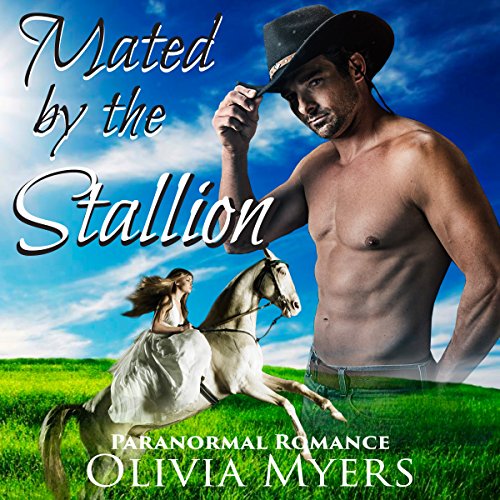 Mated by the Stallion

Mated by the Stallion

Kissing a total stranger during a train robbery wasn't something she'd planned on happening, but when the masked man grabbed her and kissed her, she kissed him back before she could stop herself.

Meeting her husband to be, she realized he was the train robber who'd kissed her. Shock filled her, and she had to find out all his secrets.

Samuel had more than just one. As a horse shifter, and a rich man who had no need for robbing trains, he did it to give back to the poor.

Could Jane handle knowing all his secrets? Including that he was a horse shifter, or would that be one secret too many?

What listeners say about Mated by the Stallion

Problems with both narration and writing IMO.

The narrator's voice sounds like it had a Jersey accent and would probably be fine for certain contemporary stories, especially comedies. However, it just doesn't work for a Western. Then there is a nasal quality to it that makes me wonder if she has a cold. In addition, her male impersonations were not romantic or sexy sounding. It's not that she has an unattractive voice; it just wasn't right for the story. The narrator often sounded as though she was on the verge of laughing and maybe she was given what she was having to narrate. Neither of the one-dimensional main characters seemed very bright and their motives lacked plausibility. It made it very hard to become invested in the tale even though I did not give up until practically the end. While I dislike giving this honest review, I hope the writer can use it to hone her craft. It is meant as constructive criticism not malicious discouragement.