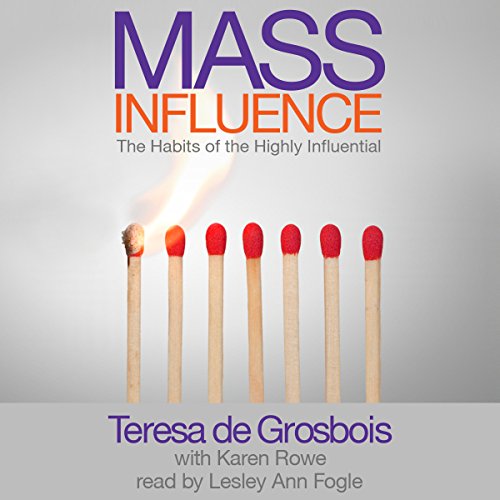 The rule book has changed.

You attend a business networking event and meet Jack. You buy him coffee to foster a relationship. Point scored. Jack has the potential to be your new customer and even leads you to new business. Feeling pretty good, you go to another function. You're impressed with the influential speaker at the event. She walks off stage to a lineup of people who want to meet her. You figure, what the heck? I'll invite her for a coffee, too.

Quite honestly, you could be pushing away an influential connection without knowing it.

Influence is a skill. Growing your business while creating influential connections is a game. It has its own set of rules, habits, and etiquette that, when followed, will change the landscape of how you do business, deeply increasing your bottom line. The challenge is that most in business are unfamiliar with the game of growing influence.

You're in the right place. Influence expert Teresa de Grosbois takes you on a journey that unveils the key habits for success that are encompassed by the most influential people across the globe. She shows you the top mistakes to avoid when connecting with the influential and how to ultimately join their ranks. Pick up a copy of Mass Influence and learn the new rules of the game.

What listeners say about Mass Influence

How to become Influential, big time, made EASY!

Where does Mass Influence rank among all the audiobooks you’ve listened to so far?

This is one of my top 3 books ever on Audible.

What other book might you compare Mass Influence to and why?

I cannot compare it to any other. It is profound, but practical at the same time. Overall it is a masterpiece for anyone wanting to make a difference in this World.

Have you listened to any of Lesley Ann Fogle’s other performances before? How does this one compare?

No. I liked her a lot. As I was listening to her I still had Teresa on my mind. It was an interesting fusion. I think that they make the perfect winning combination.

Yes, you just can't wait to listen to the next Wise advice , or how to keep on building momentum and have your influence grow massively.

I was so pumped while listening to the book that I had to buy a copy of the physical one to write on it, comment with a pencil, highlight sentences....It is such a valuable book.