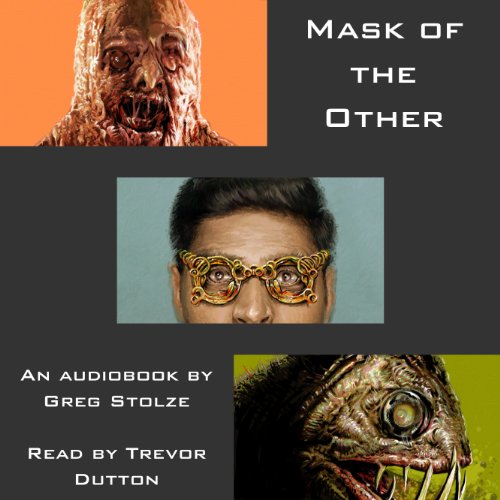 Mask of the Other

In 1974, something came out of the sea during the invasion of Cyprus, killing Greeks and Turks indiscriminately until it was bombed into dormancy and entombed.

In 1988 a rock band disappeared while filming on an abandoned island-town off the coast of Japan.

In 1991, a squad of US infantry was attacked in Iraq by a bulletproof, invisible entity.

Mask of the Other connects these disparate events, as a group of soldiers plunders the remnants of Saddam's occult weapons program and attempts to engage with creatures of an inhuman mythos...as equals.

It does not go well for them.

What listeners say about Mask of the Other

Interesting story too bad about the narrator

I bought this book because I really enjoy Greg Stolze's work and the premise had me interested. It took less than an hour for the narrator to drive me out of my gourd. He sounds bored. Bored and sarcastic. I think I'll get the book and read it. Audio books are my preferred medium but this is too muck

A very intriguing Lovecraftian thriller from an author of the Delta Green books. It is very good, though the narrator is only mediocre.

An interesting modern take on the Cthulhu Mythos

Greg Stolze's Mask of the Other tells its story by frequently jumping back and forth in its roughly 25 year timeline. This was slightly confusing in the beginning, but I came to appreciate it as the different plots converged on the novel's present day outcome.

This is certainly not high literature, but a fast-paced, action-packed modern spin on the Cthulhu Mythos with compelling characters, an interesting (if not exactly new) premise. The narration is decent and doesn't detract from the novel's strength, but nothing to write home about.

If you're looking for fun genre reading that does not offend your intellect, pick this up.