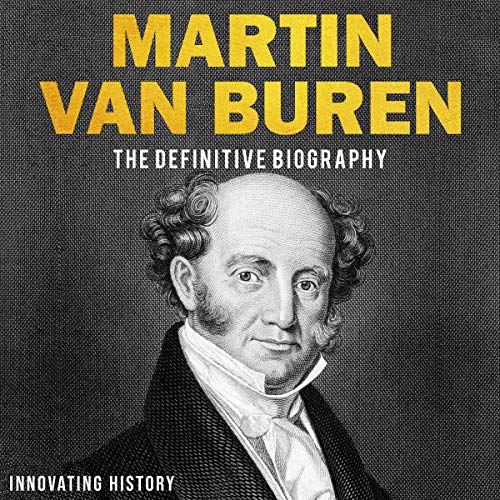 Martin Van Buren was the eighth president of the United States.

He was the first US citizen to become president. He was also a capable politician, a shrewd negotiator, and the first politician to create an administrative infrastructure to support his election campaigns. He served as governor of New York and vice president in the Andrew Jackson administration, before he easily won the presidential election of 1836. Yet Martin Van Buren has been almost completely forgotten by history.

Why is that? Van Buren was no less able than many of his contemporaries, yet they are remembered, while he is not. Perhaps it was because he lacked the flamboyant personality of many early US politicians? Perhaps it was because the little magician liked to work his magic behind the scenes, rather than in the glare of publicity? Perhaps it is simply that he is considered a "failed" president because he was unable to deal with the financial crisis which engulfed America during his presidency?

This audiobook looks at the life and work of one of the least known and appreciated presidents of the United States. It also highlights some intriguing facts about Van Buren’s life, including the surprising omissions in his autobiography, his part in the scandalous Petticoat Affair, and the little-known link between President Van Buren and "The Legend of Sleepy Hollow".

Rediscover America’s forgotten president in this book, which covers:

What listeners say about Martin Van Buren: The Definitive Biography