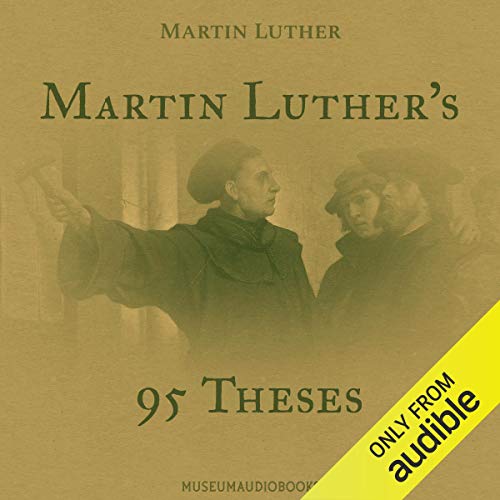 Luther’s 95 Theses, written in Latin, were famously posted by Martin Luther on the door of the Castle Church, Wittenberg, on October 31, 1517, an event that came to be considered as the beginning of the Protestant Reformation. The Theses focus on three main issues: selling forgiveness through indulgences, the pope’s claimed power of forgiveness, and the damage indulgences caused to sinners. The first thesis states, "When our Lord and Master Jesus Christ said, "Repent," he willed the entire life of believers to be one of repentance."

The indulgence controversy set off by the Theses was the beginning of the Reformation, a schism in the Roman Catholic Church which initiated profound and lasting social and political change in Europe. Owing to the fact that printing had been invented, the Theses were translated into German and circulated widely, to became a manifesto with a lasting impact.