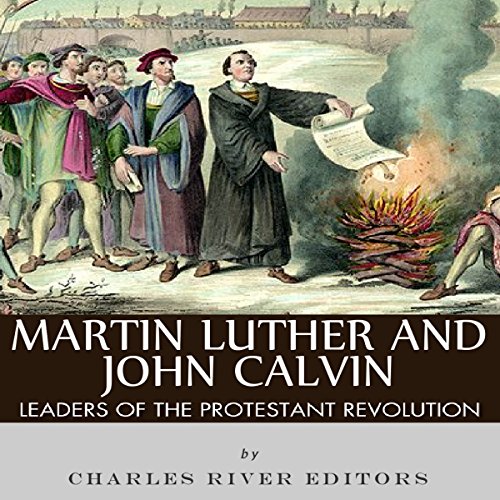 Martin Luther and John Calvin: Leaders of the Protestant Reformation

Born shortly after the invention of the printing press, Luther became one of Europe's best-selling authors, along with others like Erasmus, and his theology was mass produced across Europe. He strongly disputed the claim that freedom from God's punishment of sin could be purchased with money, known as indulgences, and he confronted indulgence salesman Johann Tetzel with his 95 Theses in 1517, one of the most important religious writings of all time. His refusal to retract all of his writings at the demand of Pope Leo X in 1520 and the Holy Roman Emperor Charles V at the Diet of Worms in 1521 resulted in his excommunication by the Pope and condemnation as an outlaw by the emperor.

Luther, of course, did not back down. Although the story about him nailing 95 Theses to a church door is almost surely apocryphal, Luther continued that salvation is not earned by good deeds, but received only as a free gift of God's grace through faith in Jesus Christ as redeemer from sin. His theology also continued to directly challenge the Pope's authority by teaching that the Bible is the only source of divinely revealed knowledge.

John Calvin (1509-1564) was one of the most important religious figures of the last millennium and an instantly recognizable name across the globe. Calvin was an influential French theologian and pastor during the Protestant Reformation, and the period when he was most active, the 1530s and 1540s, was marked by increased complexity and the diffusion of the Reformation into several branches. Alongside Martin Luther, Calvin was one of the central Reformers, and after fleeing to Basel, Switzerland, he published the Institutes of the Christian Religion in 1536.

What listeners say about Martin Luther and John Calvin: Leaders of the Protestant Reformation

Sounds like a robot reading it - ruined the book

Would you try another book from Charles River Editors and/or David Zarbock?

Had a human being read it

Had a human being read it

It is hard to listen to.

Read if you’re interested in these men’s personal life stories, but not if you’re looking to learn a lot about the Reformation. The 95 Theses is not detailed at all. The best attribute of this book is its neutrality; it paints both Luther and Calvin in very human, imperfect light but neither positively or negatively.