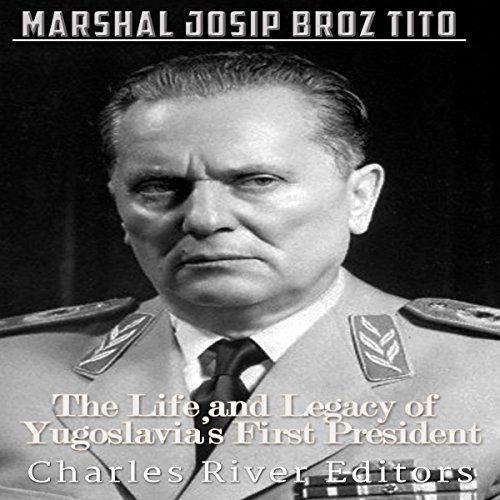 "No country of people's democracy has so many nationalities as this country has. Only in Czechoslovakia do there exist two kindred nationalities, while in some of the other countries there are only minorities. Consequently in these countries of people's democracy there has been no need to settle such serious problems as we have had to settle here. With them the road to socialism is less complicated than is the case here." (Tito)

The World War II era produced many leaders of titanic determination, men whose strengths and weaknesses left an extraordinary imprint on historical affairs. Josip Broz Tito, better known to history as Marshal Tito, was undoubtedly one of these figures. Originally a machinist, Tito leveraged his success in the Communist Party of Yugoslavia (CPY) and a number of extraordinary strokes of luck into dictatorial rule over Yugoslavia for a span of 35 years. World War II proved the watershed that enabled him to secure control of the country, leading an ever more powerful army of communist partisans against both the Germans and other Yugoslav factions. During the war, SS leader Heinrich Himmler himself begrudgingly stated, "He has really earned his title of Marshal. When we catch him we shall kill him at once...but I wish we had a dozen Titos in Germany, men who were leaders and had such resolution and good nerves, that, even though they were forever encircled, they would never give in."

During his reign, Tito managed to quash the intense national feelings of the diverse groups making up the Yugoslavian population, and he did so through several methods. He managed to successfully play the two superpower rivals, the United States and the Soviet Union, off against each other during the Cold War, and in doing so, he maintained a considerable amount of independence from both, even as he additionally received foreign aid to keep his regime afloat. All the while he remained defiant, once penning a legendary letter to Joseph Stalin warning the Soviet dictator, "To Joseph Stalin: Stop sending people to kill me! We've already captured five of them, one of them with a bomb and another with a rifle.... If you don't stop sending killers, I'll send a very fast-working one to Moscow and I certainly won't have to send another."

Never afraid to use political murder when expedient, yet simultaneously outgoing and good-humored to those around him, Tito created a unique and unusual state between the Western democracies and the Eastern Bloc. Only with his death did the fabric of his "national communist" state tear asunder and age-old identities reassert themselves, bringing about a period of intense conflicts that produced a new equilibrium with ethnically-based successor states that cracked up the state he once led.

Marshal Josip Broz Tito: The Life and Legacy of Yugoslavia's First President examines the life of one of the 20th century's most influential leaders.

What listeners say about Marshal Josip Broz Tito: The Life and Legacy of Yugoslavia's First President

Very short but says a lot

Tito's life's highlights are presented in a straightforward manner. The introduction seems to indicate that maybe it is from a 'communist' perspective, but I did not get that feeling when listening to the book. The paradox that transcends the specifics is how can we feel comfortable with a man who was at the same time so ruthless and yet fought the Nazis, kept the Soviets from controlling his country (one that his force of will created). The people of Yugoslavia lived under a dictator, but they were in a better state than many of their neighbors. He fought against the tribalism that seems not to be too far hidden under our 'civilized' exterior. What we learn is forcing it undercover is not the same as destroying it.