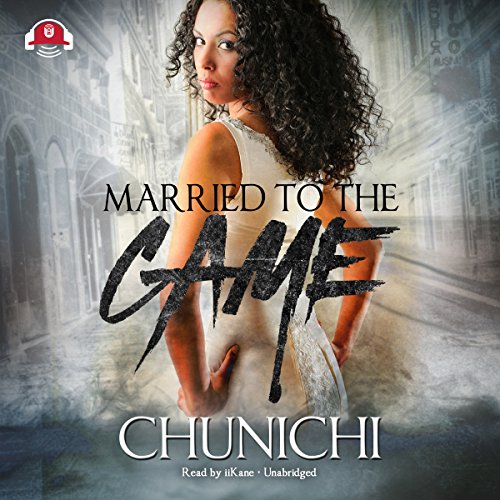 Married to the Game

Exotic dancer Ceazia Deveareux has grown accustomed to the luxurious lifestyle she was living before the death of her boyfriend, Vegas Jackson. Even though she was the one who caused his death, Ceazia feels no guilt. She believes she still deserves to have the finest of everything, and she's determined to get it.

Vegas' brother Snake is patiently waiting for the day that he can avenge his brother's death. The only problem is that he has a fascination with strippers, and the sexy Ceazia might prove to be more than he can resist.

In this follow-up to her hit novel A Gangster's Girl, Chunichi delivers more of her trademark style. Married to the Game is a fast-paced tale of sex, betrayal, and murder.

What listeners say about Married to the Game

it will capture your attention and keep you hooked the entire book very well-read. I enjoyed the book a great deal.

The book has a lot of moving parts. Hated the ending. I guess the author had a deadline to make

I'm sorry but the story was weak and all over the place. The ending was even worse I'll be requesting a refund.

That C is a mess. She really changed since the first book. I enjoyed the story.

Very intriguing book , I recommend it to all, great plots and different stories. It's a Must Read that love urban read.

what a Surprise ending

love the storyline however I have to once again give it up for the readers who bring every story to life 🥂!

Back at it again

Just when I thought Ce was going to turn a new leaf after Vegas was gone....BAM! She has new plans for his BROTHER!!! Somehow she barely gets out then it's on to the next one....

This was a great story. The narration is beyond on point. I thoroughly enjoyed it! I recommend!