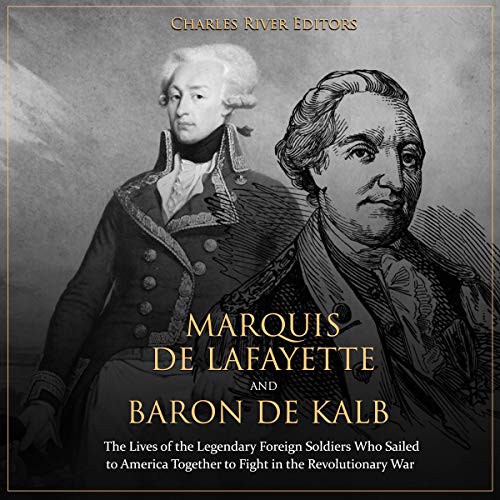 Marquis de Lafayette and Baron de Kalb: The Lives of the Legendary Foreign Soldiers Who Sailed to America Together to Fight in the Revolutionary War

By the time the Revolutionary War started, military confrontations between the world powers had become so common that combat was raised to the status of a fine art, consuming a large portion of time for adolescent males in training and comprising a sizable component of the economy. Weaponry was developed to a degree of quality not accessible to most North Americans, and European aristocrats were reared in the mastery of swordsmanship with an emphasis on the saber for military use. Likewise, the cavalry, buoyed by a tradition of expert horsemanship and saddle-based combat, was a fighting force largely beyond reach for colonists, which meant that fighting on horses was an undeveloped practice in the fledgling Continental Army, and the American military did not yet fully comprehend the value of cavalry units.

German participation in the Revolution is historically noted for the Hessians, mercenary soldiers recruited in whole companies by Britain, whose standing army featured relatively low numbers when the American Revolution began. However, other Germans noted for their mastery of the science of war sided with the colonies, and one of them was Baron Johann von de Kalb, a mentor and elder colleague of the legendary Lafayette. Considered by some to be far too old for one attempting to rejuvenate the career of a soldier, de Kalb was a keen student of war with a steady mind and hand. Once able to prove his worth to the Continental Congress, he rose immediately to the rank of brigadier general under George Washington, served with distinction, and died heroically in the Battle of Camden, a battle in the South that foretold the eventual surrender of Lord Cornwallis at Yorktown.

By the time of his participation in the American theater, de Kalb was in his 50s, but given that he was still physically strong and well-trained in combat, he took up the fight against Britain as a matter of personal rejuvenation, on both a political and emotional level. In his efforts on behalf of the colonies, he proved himself to possess extraordinary vitality, regardless of age, and his legacy, much like that of his protége, remains a strong one.

What listeners say about Marquis de Lafayette and Baron de Kalb: The Lives of the Legendary Foreign Soldiers Who Sailed to America Together to Fight in the Revolutionary War