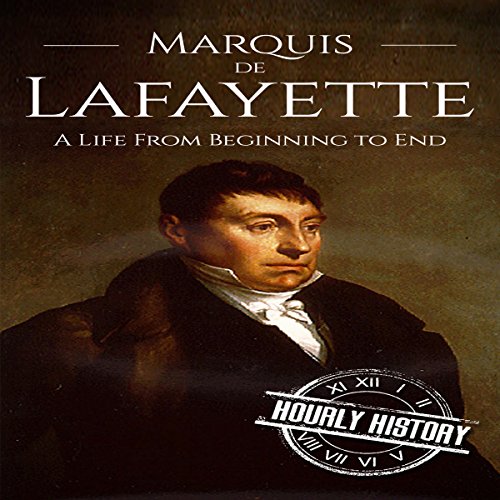 Marquis de Lafayette: A Life From Beginning to End

The Marquis de Lafayette may be a name that sounds vaguely familiar. If you've studied even a little American history, you'll recall Lafayette as George Washington's right-hand man during the American Revolution. This remarkable man was just a teenager when he ventured across the seas from France to fight in a conflict that he was in no way obligated to participate in.

Yet, here he was, this young man full of idealistic thoughts, ready to help a country set their path on the road to independence. Little did Lafayette know that this would be just the first ride among many that he would take in his lifetime.

You will learn about....

For what Lafayette accomplished in America and what he brought home to France was unmistakably unique in his own time. For over 70 years this man would be the well-known and intimate friend of world leaders on both sides of the Atlantic.

The Marquis de Lafayette can truly be called an American patriot; one who tried his best to bring America's best to the world's stage. Lafayette reached out to all; the poor, the middle classes, and the nobility. He believed in freedom for all people and for that we should be truly grateful.

What listeners say about Marquis de Lafayette: A Life From Beginning to End

I listened to this book with my 4th grader. We both fell in love with Lagayette and picked up another book about him right after. But this book offered a simole overview of this heroic man.