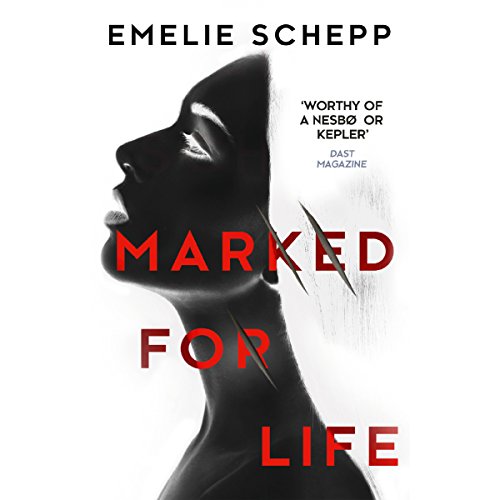 When a high-ranking head of the migration board is found shot to death in his living room, there is no shortage of suspects, including his wife. But no one expects to find the mysterious child-size handprint in the childless home.

Public prosecutor Jana Berzelius steps in to lead the investigation. Young and brilliant but emotionally cold, Berzelius, like her famous prosecutor father, won't be swayed by the hysterical widow or intimidated by the threatening letters the victim had tried to hide. Jana is steely, aloof, impenetrable. That is until the next body is found....

A few days later on a nearby deserted shoreline, the body of a preteen boy is discovered, and with him the murder weapon that killed him and the original victim. Berzelius is drawn more deeply into the case, for as she attends his autopsy, she recognizes something strangely familiar in his small, scarred, heroin-riddled body.

Cut deep into his flesh are initials that scream 'child trafficking' and trigger in her a flash of memory of her own dark, fear-ridden past. Her connection to this boy has been carved with deliberation and malice that penetrate to her very core. Now, to protect her own hidden past, she must find the suspect behind these murders before the police do.

International best-selling author Emelie Schepp introduces us to the enigmatic, unforgettable Jana Berzelius in this first novel of a chilling trilogy.

What listeners say about Marked for Life