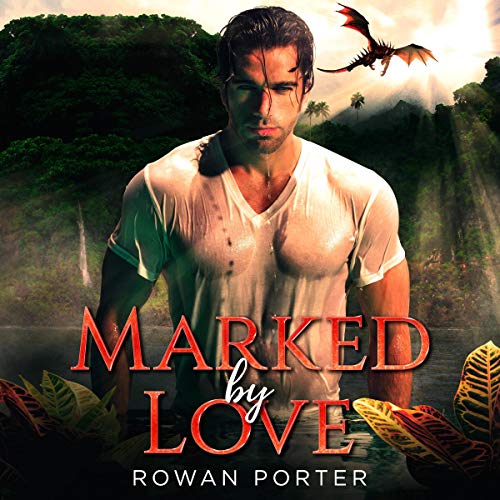 Dragons aren’t supposed to be real.

I mean, I should be in jail right now instead of playing Indiana Jones in the Amazon. Life is strange. I get it. But there’s a difference between a lucky break evading the cops and...dragons. With wings and fire and vows of vengeance for stealing their treasure.

I’m aware I don’t come off great here. But someone’s gotta look out for number one. And the money I could make here is life-changing cash. It took me too long to realize Jinnos is more than just eye candy and a freak-show exhibit. He’s lived centuries. Seen and done things I can’t imagine. Maybe the last of his kind. He looked past the thief to a better me I had no clue existed. I can live with being too late to earn his forgiveness, as long as I’m not too late to save him. But does it still count as saving the day, when you’re the only reason anyone needs saving?

Humans have only gotten more exasperating since I last left the rainforest. Take the wretch who stole from me. Max shows no remorse when confronted with his crimes. Only physical threats make an impact. But then he saves me, when I’m near death and he’s nearly off the hook. Those are terrible self-preservation instincts.

Or there’s the sex. Because somewhere between hunting him and hiring him to be my guide to the outside world, I started bedding the brat. Venting my frustrations on him, leaving painful souvenirs of our passionate encounters. It’s as though he’s punishing himself as much as I’m punishing him.

Every morning I plan to be rid of him, convinced he’ll be my ruin. Every night I grip him tighter, marking him as mine, a replacement for the treasure I’ve long since forgotten. There’s something he’s not telling me, despite my heart whispering to give him the benefit of the doubt. And I have no answers for any of it, least of all when he asks what’s so special about him. Some things you just know to be true, even when you can’t explain why....

Marked by Love is a stand-alone m/m dragon shifter romance featuring one powerful beast and a pretty handsome dragon. This is a hot tale, and it’s not just the fire, but the passion that burns between them. 18 years of age and only, please.

What listeners say about Marked by Love

There's a double overlayed recording. I find it hard to pay attention when listening to two scenes play out at once.

it was good but the character max was and asshole

started strong and lived it until SPOILER... he wanted to sell the guy, I mean seriously