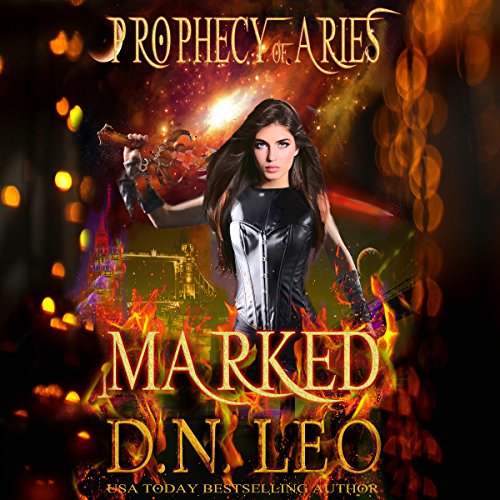 Soon, Madeline's husband, Ciaran, king of the most prosperous universe in the Multiverse, will sign a treaty that changes their history. But as soon as he does so, he will die.

Madeline isn't just the First Councillor, she is a mind tracker, a wife, and a mother. To stop the prophecy from happening, she time-travels to Earth, back to the moment precisely before Ciaran was marked by a soul trader. Her mission is simple: kill the soul trader.

Unfortunately, the evil creature has lived for thousands of years and refuses to accept death easily. And not only does Ciaran not know who Madeline is at that point in time, he thinks she is his adversary.

One mistake could cost Madeline her current family, Eudaiz its king, and millions of citizens their lives.

What listeners say about Marked

seriously so bad unfortunately the worst narrator I have ever heard was funny at first though it is not supposed to be, don't waste your credits