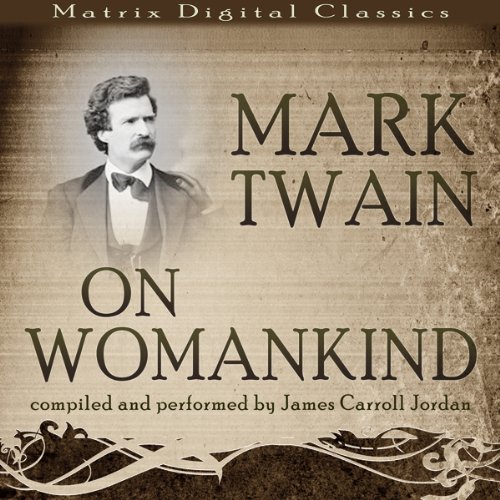 Samuel Langhorne Clemens (November 30, 1835 - April 21, 1910), better known by the pen name Mark Twain, was an American author and humorist. Twain is most noted for his novels Adventures of Huckleberry Finn and The Adventures of Tom Sawyer.

Compiled and performed by James Carroll Jordan, this is an entertaining take on Mark Twain's tales of his travels around the world relating to women he has observed and met. Jordan presents the stories much as Mark Twain may have done himself in his days on the lecture circuit in the 19th century.

What listeners say about Mark Twain on Womankind

and touching... James Jordan has compiled the musings of the inimitable Mark Twain on the subject of women and presents them here as a single set piece, delivering it in the style of Twain himself on the lecture tour. If you remember Hal Holbrook as Twain on the stage or just love wry humor, you will LOVE this! (I can hardly believe no one else has written a review of this little gem!)