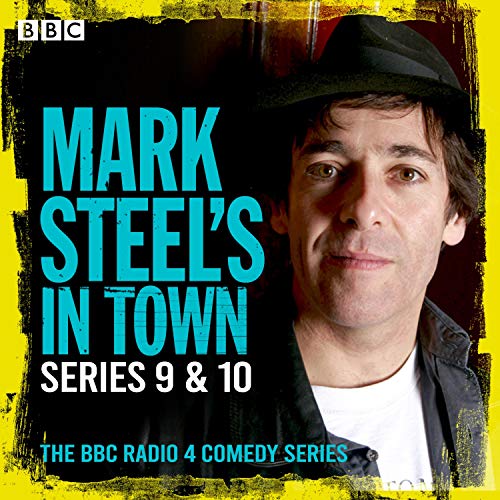 In these two series of the award-winning BBC Radio 4 show, comedian Mark Steel is on the road again, visiting places that have nothing in common but their uniqueness. Along the way, he delves into the history, heritage and culture of each town, before going on to write and perform a bespoke evening of comedy for the local residents.

His first stop is Hastings, where he finds that a lot's happened since 1066 - including an annual Pirates' Day. Other destinations on his road trip include King's Lynn (where he's thrilled to find a traffic island full of rabbits), Carlisle (notable for its cursing stone and pervasive smell of biscuits) and Aberystwyth (the 'Athens of Wales' and home to the Holy Grail).

Plus, he ventures into the Forest of Dean - but manages to make it out alive, and heads across the Med to Malta, where he samples some pastizzi and gets caught up in a parade. He also performs two COVID-friendly outdoor shows, on Brighton Beach and from a tree stump in The Dell Gardens, Stratford-upon-Avon, and finishes with a special online episode, in which he talks to a virtual audience about the many places he's visited over the course of 10 series of Mark Steel's In Town.

Winner of numerous accolades including the 2010 Silver and 2012 Gold Awards for Best Comedy at the Sony Radio Academy Awards and the 2018 BBC Radio Awards Best Comedy Show, this quirky, engaging series is - in the words of the Sony judges - 'stand-up comedy at its very best'.

Written and performed by Mark Steel.

What listeners say about Mark Steel’s in Town: Series 9 & 10