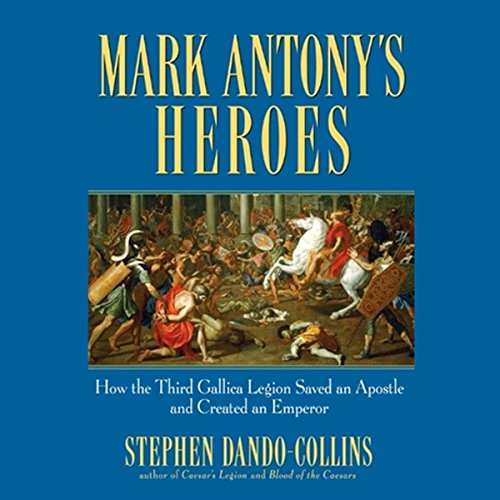 This fourth book in Dando-Collins’ definitive history of Rome’s legions tells the story of Rome’s 3rd Gallica Legion, which put Vespasian on the throne and saved the life of the Christian apostle Paul. Named for their leader, Mark Antony, these common Roman soldiers, through their gallantry on the battlefield, reshaped the Roman Empire and aided the spread of Christianity throughout Europe.

loved it. As a historian I was most impressed by the accuracy of the individuals and the geography and the timeline. I'm going to read all his books.

Yes, if the friend is interested in history. In particular, the book added considerable to my understanding of St.Paul's situation and of how Vespasian became emperor.

Here as in many of his other books, Dando-Collins gets a star taken off for his annoying use of modern military ranks. Each time I have to think to translate the modern term back to the Roman term; in books that focus on the legions, this is extremely tiring.

as usual with dando collins , he brings a few centuries of the particular legion to life , excellent knowledge backed with intensive research provides a real insite.