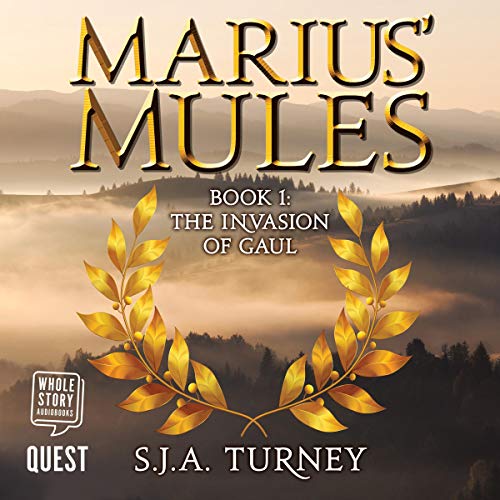 Marius' Mules I: The Invasion of Gaul

Marius' Mules I: The Invasion of Gaul

By: S. J. A. Turney
Narrated by: Malk Williams

It is 58 BC, and the mighty Tenth Legion, camped in Northern Italy, prepare for the arrival of the most notorious general in Roman history: Julius Caesar. Marcus Falerius Fronto, commander of the Tenth, is a career soldier and longtime companion of Caesar's.

Despite his desire for the simplicity of the military life, he cannot help but be drawn into intrigue and politics as Caesar engineers a motive to invade the lands of Gaul. Fronto is about to discover that politics can be as dangerous as battle, that old enemies can be trusted more than new friends, and that standing close to such a shining figure as Caesar, even the most ethical of men risk being burned.

S.J.A. Turney did an amazing job with this. the story is full and the character development is on point. more importantly he did his research before writing...which makes a huge difference. This is definitely a "page turner"

Also some of the best narration. He has a strong voice, energetic, and is not monotone. I look forward to more books in this series

to explain the rationale for an attack, and to give the feel of the comaraderie between the soldiers, the author used grins and growls repeatedly.

Finally, Marius Mules on Audio :) I have read all the series but to listen to them on audio is fabulous. Great great story, a must for Roman enthusiasts.