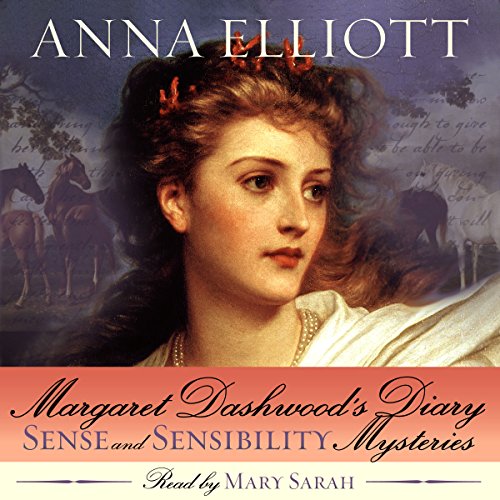 Narrated by Mara Sarah. Margaret Dashwood learned from her older sisters - sensible Elinor and romantic Marianne - that the path of true love is rarely easy or smooth. And yet Margaret grew up dreaming of one day finding love and romance of her own. Now, smarting from the pain of a broken engagement, Margaret has traveled to stay with her now-married sisters in order to heal. But life is still far from smooth: John Willoughby, Marianne's first love, has unexpectedly returned to once again complicate the Dashwood sisters' lives. Colonel Brandon, Marianne's husband, has been commissioned to apprehend a ruthless ring of smugglers operating in the neighborhood. And when a mysterious figure from Margaret's past returns, Margaret realizes that she herself may hold the key to uncovering the smuggling gang. Worse, she comes to suspect that she faces an impossible choice of her own: not between sense and sensibility, but between duty and her own heart.

This book starts slowly; however, I have not read a Anne Elliot book before this one. One can see Margaret in this character. Nicely written.