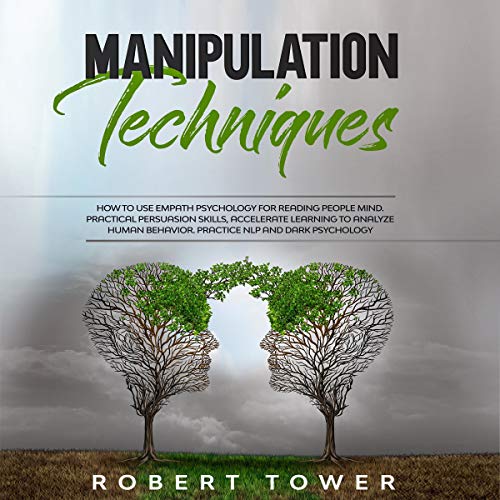 Manipulation is the conscious act of causing someone to do a certain thing or act in a certain way.

Manipulation is clever, skillful, and sometimes unscrupulous. Manipulation is not always a bad thing. The clay bowl created in an art class was made from clay that was manipulated by someone’s hands. The doctor put the broken bone back into place by using manipulation. The snowman was built by the hands of children who manipulated the snow into place.

Knowing that manipulation is happening is the first step towards ending it. By knowing the signs of manipulation, people can often stop it before it becomes a bad habit or a detrimental way of life. Understanding how manipulation works is the key to controlling it and eliminating it. Manipulation, essentially, is a silent, subtle game happening behind the scenes, and you can bet that you are not the main character. The key to becoming the main actor is to understand what manipulation entails. Once you understand this, you will be in a position to recognize it, avoid it, and even beat it. At the same time, understanding manipulation will help you to get better at it, if that is your goal. There is nothing wrong with being good at manipulation. In fact, knowing how to manipulate your way through life situations is a surefire way of being successful at a lot of things. The only thing you should be careful of is how you use your newly gained skills.The reason why manipulation often gets such a bad rap is because, in many instances, manipulators use their skills to the detriment of others.

Keep in mind that manipulation, as defined above, may also refer to contexts where non-human objects are involved. For instance, one might say a particular data scientist has the ability to manipulate complex data sets. This statement and the skill therein are something that will be applauded when said out loud. The same cannot be said when the scenario is changed to show a data scientist who is very manipulative of his colleagues. The point here is that when it comes to manipulation, context really matters.

In this audiobook, you will learn more about:

What listeners say about Manipulation Techniques

Excellent I am satisfied listen this audio-book!!

Support to Discover This Audio-Book in Every Way!

I would must suggest this audible to anyone.

Manipulation is the conscious act of causing someone to do a certain thing or act in a certain way. This audio-book will give the listener the upper hand so they can be on the lookout for these negative people.

This is best audio-book i ever seen.

I gave this rating because it was well researched and gave helpful information in a structured way. I imagine this audio-book could help many. I would definitely recommend it.

This is the best audible information knowledge.

This audio-book is simply astonishing. I like the examples! It is an extraordinary quality. Many thanks to the author for giving us such a beautiful audio-book. I will suggested to all for listen this audio-book.

This is a massive audible about this topic.

This audio book covers lots of things like a practical step-by-step approach to influence people. Manipulation refers to skillful handling, using, or controlling of something or someone. Easy to understand.

I recommend this audio book to everyone.

This audio book will give the listener the upper hand so they can be on the lookout for these negative people. I would recommended this to anyone who is starting out and wanting to learn the basics.

This audio-book is so educational.!!!

Has clear information about manipulations techniques. This audio-book help you to think in a positive manner and give you how achievement can be your objective and having extraordinary result. All of straight forward. Actually this audio-book is so useful.

Explained very clearly and the way author explained. I really like this voice audio-book. They're also full of good information. Recommended to all for this manipulation technique guidebook! Thanks to Robert Tower!

This audio book includes a lot of information!

I love it and suggest it.

This audio-book will give the listener the upper hand so that all jealous people will be on the lookout for. I 'd recommend this to whoever starts and wants to know the basics.

This is a massive audible about this topic.

Really amazing audio-book it. It is well decorated and easy to understand. All information is very detailed, easy to listen, and helpful. I am extremely happy to obtain this audio-book.

A very quick and easy to listen.

I love this audio-book! Such a mortal listen! Essentially purpose manipulative strategies can commission us to refusal surrendering to them.

This audio-book is very important!!!

This is a useful audio-book, to start everything about control inside. In this audio-book, everything keeps well and has defined clearly. This detailed audio-book can make them understand how emotional control, deception and persuasion can be recognized above.

I adored in particular how the audio-book discusses specific regions to help establish discippart, and after each segment, the listener surveys the primary take-sways. In general terms, HIGHLY suggested if you have self-restraint issues.

An audio-book must be listening!!!

I'm profiting from the viewpoint of an essayist. All is well in this audio-book bode. I found help with this audio-book in every respect. A perfect listen ever. Thanks, essayist for such an excellent audio-book. This audio-book was highly recommended.

Well this is another Amazing audio-book!!

I was searching for a good Manipulation Techniques audio-book. I just got overwhelmed with all the options. But Robert Tower that one is a perfect alternative for me. It's a very simple listen and it's plain language to the core. I was able to get a good insight into Techniques practice.