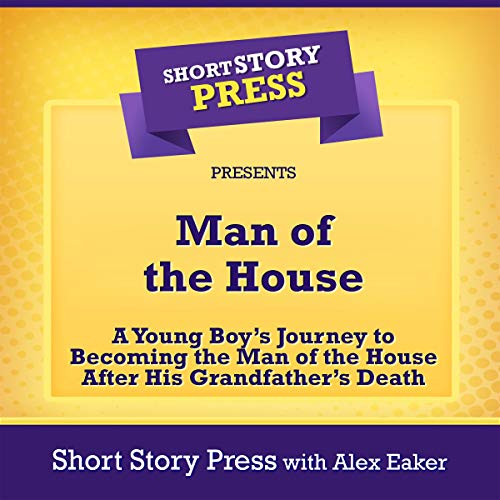 Man of the House

After his mother goes deaf, a young boy must navigate through the many difficulties of his childhood. The boy witnesses his Mom deal with loss, his father becoming distant, his older brother living a life of his own. The protagonist feels alone, powerless, voiceless. At the same time, the boy tries to impress the girl of his dreams at school, leading him into a troublesome situation. He must make choices which could affect him for the rest of his life. Through it all, he must figure out how to endure and grow, how to become the man of the house.

The story is fictional, but tells true experiences of the author. It is a personal story that speaks to what growing up is really like for many young boys, and how they look to their parents or siblings for guidance. This story tells what can go wrong when that guidance is not there, but also the powerful bond between mother and son.

Alex Eaker grew up in the cold suburbs of Connecticut. At five years old, his parents got a divorce, putting Alex on an early path towards writing. Ever since, Alex has written about his experience as a son and younger brother, operating between his mother and fathers’ homes while also enduring the universal struggles of adolescence. His stories serve to share his experience, an experience not uncommon in today’s world. He hopes his words can reach the ears of readers who are seeking a voice to connect with, a voice they feel they have a common thread between.

What listeners say about Man of the House