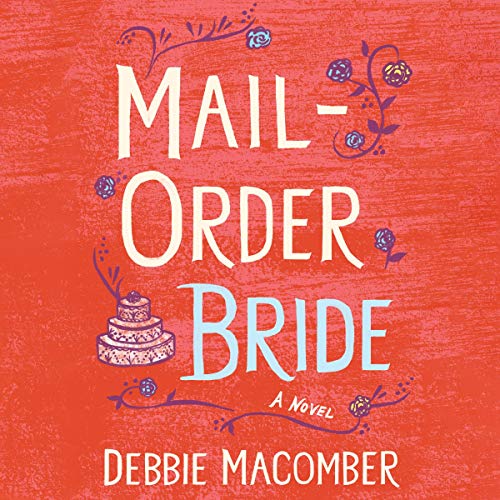 Debbie Macomber’s irresistible novel puts a modern spin on an old-fashioned way of finding “the one.”

After Caroline Myers gets her heart broken, her beloved great-aunts send her on a spur-of-the-moment northern adventure, equipped with little more than a batch of their special spiked tea. But soon after hopping a plane to Gold River, Alaska, a still loopy Caroline takes part in an odd ceremony that ends with a kiss from her personal tour guide. The next thing she knows, she wakes up with a ring on her finger.

Paul Trevor has always wanted a family, but his long work hours and remote location make dating impossible, so he takes an unconventional first step: sending away for a wife. He falls hard for Caroline’s photograph and letter, but after the wedding, it’s clear they’ve both been duped by his new bride’s well-meaning aunts. Caroline’s afraid this trip has been a mistake. Now Paul just needs to convince her it’s the best mistake she’ll ever make.

What listeners say about Mail Order Bride: A Novel

Horrible reader. Sounded like a preschool teacher reading to you. I made it through the book but it could have been so much better.

This is a funny book to listen to. Paul Trevor wants a wife. Carolyn sends her neice and a jar of tea. The only thing she dosent know is that it's spiked. So she gets there and has no idea what's going on but wakes up the next morning with a ring on her hand. There is a ton of adventure to take place to get this resolved. But its very funny. Kate Rudd did an excellent job narraiting this book.

I want to scream

OMG! I have suffered through this book because the storyline is good & MacComber is supposed to be such a good writer but dear heavens I want to choke out the female main character!! She is a stubborn, selfish, childish, and annoying brat. I find myself hopIng the hero kicks her to the curb.

Nice story. Funny. And a nice romance. Too bad life ain't like this. thank you

This was a well written romance story without some of the sensualism in other books. It told a great story, while leaving some scenes to the imagination.

Story of love from a man to a woman and his patience with her as they grow together.

I cringed with how the heroine was held "hostage" by the husband she was tricked into marrying.

This was an amusing light hearted book. The lack and forth misco.unications we fun. 🤗

I was disappointed in the characters how they were so ridiculously jealous and childish. Grow up!!!!!

I really do love Debbie’s books but not this one.

I enjoyed this story. It wasn’t a long novel but it didn’t beat around the bush with a bunch of info, it told the story and that’s what I like. Sweet, happy story.