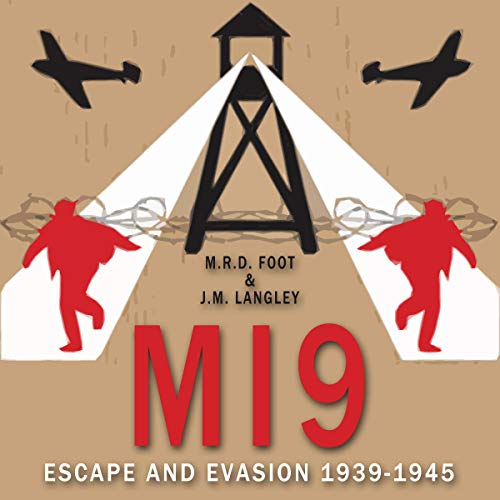 Forged passports, secret maps, ingenious disguises, underground networks - in times of war, tales of escape and evasion can be even more spectacular and heroic than those of victory in battle. Many of the most famous escapes in history took place during World War II.

These daring flights from Nazi-occupied Europe would never have been possible but for the assistance of a hitherto secret British service: MI9. This small, dedicated and endlessly inventive team gave hope to the men who had fallen into enemy hands and aid to resistance fighters in occupied territory. It sent in money, maps, clothes, compasses, even hacksaws - and in return coded letters from the prisoner-of-war camps provided invaluable news of what was happening in the enemy’s homeland.

Understaffed and under-resourced, MI9 nonetheless made a terrific contribution to the Allied war effort. First published in 1979, this book tells the full, inside story of an extraordinary organisation. Originally published in 1979. Read by Michael Fenton-Stevens (Last Trains, Lovejoy, Long Earth, The Science Of Discworld, Spitting Image, KYTV, Radio Active, Only Fools & Horses)

What listeners say about MI9

Too general a story

In my opinion the content of the book is too dated, with too little personal stories and too much general explanation.

This is a fascinating history of MI-9, the UK POW escape organization, written by two of the men at the top.

How could this topic be so BORING?

Interesting to say the least

I had first heard sbout this little known, now extinct, branch some 25 years ago. I am now glad to have learned about thier short but invaluable service. a must read for any military history buff. Though only relating to WWII evading and escaping is as old as war itself.

I hadn't appreciated the effort put in to train personnel in the art of evasion. The subject is fascinating but at half distance I found myself flagging but persevered and saw it through to the end and I'm glad I did.