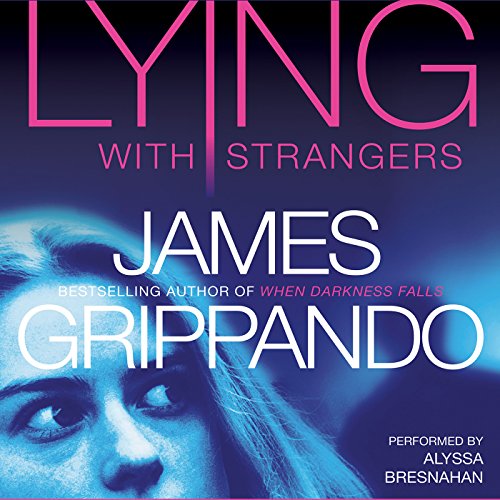 Peyton Shields had always wanted to be a doctor, and now, thanks to her relentless drive, stellar academic credentials, and a mountain of debt to Harvard Medical School, she's a first-year resident at a major Boston children's hospital. The hours are impossibly long but it's the life she wants, complete with a husband who's an up-and-coming young lawyer.

But a late-night drive home in a heavy snowstorm changes everything. A car coming straight at her drives her off the road and into a frozen pond. Peyton knows she'd be dead if a stranger hadn't pulled her from the wreckage before vanishing into the darkness. In an instant her wonderful life has turned dark. No one believes her claims that the "accident" was deliberate; not even her husband. Without explanation, he has become distant and bitter, calling her paranoid and accusing her of having an affair with a former lover.

Yet the terror has only begun, for a series of strange, increasingly dangerous events begin to plague Peyton, moving her closer to a faceless and very deadly enemy who seems to know her every move.

"Grippando grips you from the first page." (Harlan Coben)
"James Grippando is a very inventive and ingenious storyteller." (Nelson DeMille)
"Grippando is up there with the new class of best-selling legal novelists." (James Patterson)

What listeners say about Lying with Strangers

I am an MD and had to stop reading at the very first of the book. A needle in a thigh will "not go to the heart", a peds resident can do minor procedures like what was described, and giving some one a shot of barbiturate for restraint is unethical (could have just tied him up) No one who knows anything about guns would give a warning shot. I had no sympathy for the character and felt she very poor judgement and deserved what she got--(don't know what that was because I did not finish the book) This was a wasted credit. Linda

Not quite the ticket

Never quite sure that men authors should make women their central character or vice versa. There are of course exceptional exceptions. The male stalker is much more compelling than Peyton - but none of it quite works. Not enough depth, and none of it helped by the narrator. Just having a woman as a central character is not enough reason to cast a woman as a narrator. The whole topic of stalking, lurking malevolence and violent death is better delivered by a really good male narrator. This woman narrator has a curiously staccato delivery and a rather strained voice that does nothing to enhance the atmosphere or engage the listener.

This is a second read for me of a book that's been in my library for a long time. I wasn't able to finish it this time around. Yes, there is suspense, but while waiting for the plot to progress there is just too much distrust between Jamie and her husband, sexual encounters and almost encounters, and Jamie spending lots of time being anguished about all sorts of things/

I have listened to early books by the author and liked them. This was a sad attempt at book writing. Did the author go to his files and find an early book that was rejected by his publishers? The characters in this book behaved as if they had no brains in their educated heads. The married couple were disconnected from each other and made such poor decisions it was hard (no, impossible) to be sympathetic towards them. At times during the trial we hoped they would both get the death penalty so we could be done with the book. We listened to the whole thing and wish we had given up early and not wasted our time with this book. No redeeming features at all.

Not too bad. A little too long. I don't know if I would listen to another one by this author. I just don't feel he is as strong as Grisham or Meltzer.