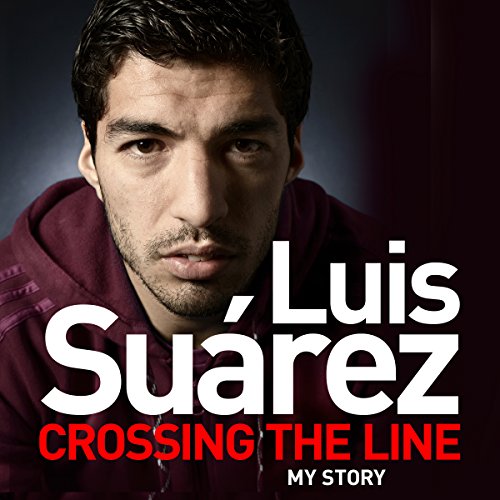 The explosive autobiography from the brilliant and controversial footballer Luis Suarez.

Luis Suárez was a young boy already in love with football by the time his family moved from the countryside to Uruguay's capital, Montevideo. The guile and trickery of the street kid made an impact with the country's biggest club, Nacional, before he was spotted by Dutch scouts who brought him to Europe. Suárez was lured from Ajax to Merseyside by another iconic number 7, Kenny Dalglish. From that moment, he terrorised Premier League defences, driving a resurgent Liverpool towards their most exciting top-flight season in 24 years.

But there is another side to Luis Suárez: the naturally fiery temperament which drives his competitiveness on the pitch. There was the very public incident with Patrice Evra of bitter rivals Manchester United, and the biting of Chelsea defender Branislav Ivanovic. Then during the World Cup finals in Brazil, in a physical encounter against Italy, he bit defender Giorgi Chiellini on the shoulder. Banned from football for four months, derided by the press, he was marched out of the country.In the summer's final twist, he became one of the most expensive footballers of all time, moving from Liverpool to Barcelona.

In Crossing the Line, Luis Suárez talks from the heart about his intriguing career, his personal journey from scrapping street kid to performer on football's biggest stage, and the never-say-die attitude that sometimes causes him to overstep the mark.

What listeners say about Luis Suarez: Crossing the Line - My Story

Some good stuff, some very tedious

Couple of good chapters about growing up then going to Holland. Ajax and Liverpool chapters disappointing. Uruguay NT stuff super boring. He’s got a great eye for talent as well: John Flanagan was his pick for a future superstar.

I really liked it. wished the narrator had a bit more of an accent. it gave a definite insight into the mentality that makes Suarez the player he is.

very good story of this man's life. with his rise

very good story of this man's life. with his rise to fame and the lows

If you could sum up Luis Suarez: Crossing the Line - My Story in three words, what would they be?

Honest, open, yet very respectful account of his journey from a young footballer to joining Barcelona. I enjoyed listening to the story. Only downside for me was that the narrator sounds like Ian McKellan and have a heavy, English accent. Strange choice of narrator for a South American man. I would have preferred a native South American person narrating in English.

Not too bad, but certainately not a great read. Briefly talks about his upbringing but talks more about his football controversy.

Never judge a book by its cover.

Good book for any Liverpool fan or just a fan of football. And the people behind the man and what makes him tick.