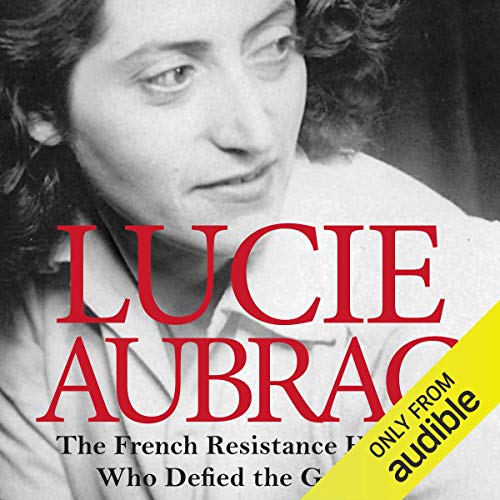 In May 1943, a young, pregnant Frenchwoman called Lucie Aubrac engineered the escape of her husband, Raymond, from the clutches of Klaus Barbie, the feared Gestapo chief. She later ambushed the prison vans in which members of the Resistance were being driven to an almost certain death. Spirited out of France by the RAF at the end of 1943, nine months pregnant, she arrived in London a heroine.

In 1983, when both Aubracs had retired, Klaus Barbie was put on trial in France. He claimed that the Aubracs had become Gestapo informers in 1943 and betrayed their comrades. The French press and the couple themselves denounced this slander, but inconsistencies emerged in her story and led to doubts which have never quite gone away.

Who was Lucie Aubrac? What did she really do in 1943? And was she really the spirit of la vraie France or a woman who could not resist casting herself as a heroine, whatever the cost to the truth?

What listeners say about Lucie Aubrac