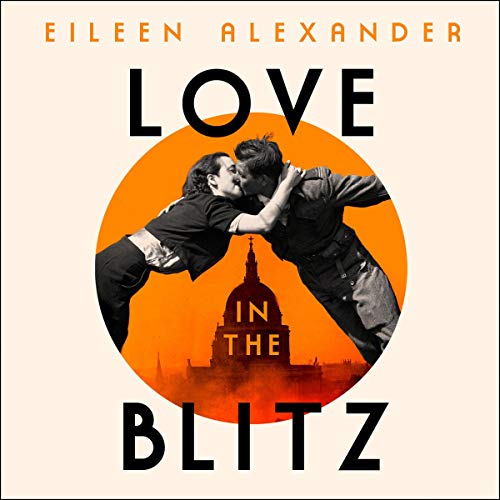 Love in the Blitz: A Woman in a World Turned Upside Down

When the papers say that people in London are behaving normally, they’re telling the truth. Everyone is pretending as hard as possible that nothing is happening.... I don’t think Hitler will destroy London, because London, if its legs are blown away, is prepared to hobble on crutches.

In summer 1939, war was brewing. Eileen Alexander was a bright young graduate just leaving Cambridge and newly smitten with Gershon Ellenbogen, a fellow student who had inadvertently involved her in a car crash. Her first letter to him, written from the hospital, sparked a correspondence that would last the length of the war and define the love of their lifetimes.

Love in the Blitz is a remarkable portrait of one woman’s coming-of-age. Her previously undiscovered letters are vivid, intimate and crackling with intelligence. She is frank about sex and her ambitions, hilariously caustic about colleagues, rationing rules and life on the homefront and painfully honest about loving a man away at war. The discovery of these magical letters must count as the greatest literary find of the 21st century.

"Love in the Blitz provides an enchanting insight into a young woman’s life in wartime Britain via letters sent by the 'blue-stocking' Eileen Alexander to friends, family, and most importantly, the love of her life." (Jacqueline Winspear, New York Times best-selling author of the Maisie Dobbs series)

"If you want to discover how to stay close when you’re frightened and cut off from a loved one, Eileen Alexander’s passionate, gossipy, vivacious outpourings show the way. Her letters tell a story of survival itself - and give voice to the urgency to connect in love in spite of every obstacle." (Marina Warne)

What listeners say about Love in the Blitz: A Woman in a World Turned Upside Down

You hear the original voice of a young woman at the outbreak of war, a riveting listen - the vocabulary and reactions come across clearly. Highly recommended