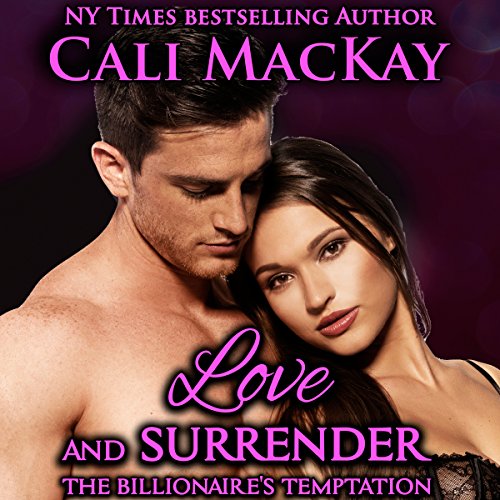 Zoe hates that she's been pushing away her best friend, Morgan, especially when she knows he could be the love of her life. But she's got a secret - a big one - and she knows that if Morgan ever finds out what she's been keeping from him, she'll lose not only his love but his friendship.

There's only ever been one woman for Morgan, and that's Zoe - except that she's been distancing herself for the last four years, and he doesn't have the faintest idea why.

When Zoe spots a man who's the spitting image of Morgan's long-lost father, Morgan asks her to look into it further, not realizing he's put her life at risk. Yet with Morgan determined to keep Zoe safe and make her realize they're meant to be together, can Zoe keep her secret, or will she finally confess it all and ruin everything that's between them?

This novel does contain a happily ever after ending for the couple.

Due to the adult language and explicit sex scenes, this book is for adults only.

What listeners say about Love and Surrender

The book is set in MA. The reader had a southern accent. Totally ruined it for me. Also, this one was really thin on plot, and what was there was totally predictable. Probably won't look to see if there's 4th book in the series.

I hope I'll love everything he narrates

I enjoy the story outline of all the books, but all the intimate scenes are way too similar for all the brothers. They all have the same personality only differences are their names. It made this third book way too predictable. The narrator was trying too hard to be sexy and seemed like he had dry mouth through most of it. It would’ve been better to keep Tristan Hunt with all the similarities the series already had anyways.

So glad that I stuck it out with this series...this book was greeeeat! The H was a good guy who was trying to make up for past mistakes and the h was likeable. Onto Maddie's story...

The story teller didn't impress me. Didn't change his voice enough to match the characters, ladies did not sound like ladies. Good story love the series.

This is the third book in the Billionaire's Temptation Series and I listened to the first two with contentment, having read the reviews and knowing that these stories are light, predictable, and easy (and some might say under-developed) stories while needing an escape from reality. I assumed that the third would be the same but unfortunately it was not, and here is why...

1) The audio quality of this recording is, well, just bad. Not what I would expect from audible's typically high quality listens. There is an echo-like sound throughout the recording that is distracting and not up to snuff no matter how much you've paid for the audiobook. Personally, I wouldn't have wanted to pay $1 for it.

2) The narrator is different from the narrator of the first two books and he is off. His narration comes off as robotic at times, with random pauses as if he reached the end of a line and paused to find his place on the next line. Also, the characters in these books are brothers who live in New England and this narrator has a southern drawl that does not fit the character or belong in the story. (As a southerner, I have no problem with the accent but his is just out of place and borders on in coherent at times. Alabama is my best guess ;)

I gave the story 3 stars because it's not great or terrible, just neutral. And perhaps I know what I'm getting in to with these types of books. Some might hate the story because it is lacking in substance but I recommend them when you just want to zone out and listen to a mindless romance.