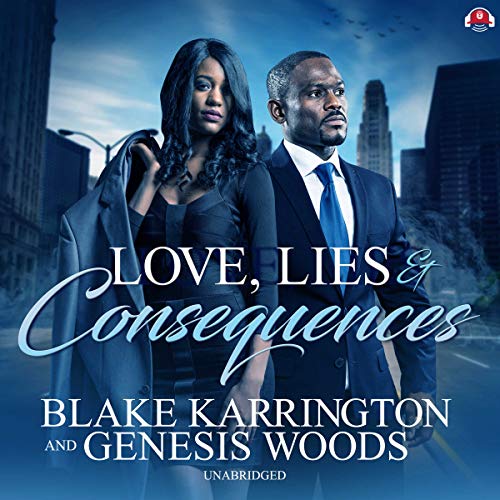 Savannah Zaher has always prided herself in making the right decisions for her life, from the time she packed up her things to attend college and law school in California to coming back home 10 years later, grown, focused, and with a career of which she’s always dreamed. Only her best friend, Reign, knows the real reason behind her moving across the country all those years ago - trying to distance herself from a man.

Lyfe Simmons is on top of the world. He has an empire that has been growing bigger every day, a group of friends who would die for each other, and a wife who is down for whatever. What could he possibly be missing? He has basically anything he could ever want right at his fingertips, but he doesn’t have the one thing he wants most: the woman he fell in love with and hasn’t stopped loving since he first laid eyes on her.

With so many obstacles and bitter people in the way, can love really conquer all? Or will the consequences of loving a man who belongs to someone else cost Savannah everything for which she’s worked so hard?

What listeners say about Love, Lies, and Consequences

I Didn't Realize This Was A Cliffhanger

SMDH....A Freakin' Cliffhanger....if I had realized this was a cliffhanger and book 2 wasn't available I would have passed this book up....despite all, good story and good narration...I just don't usually do cliffhangers with the resolution being available.

Where is the rest of the book?

I understand about sequel books, but every story (even part of a sequel) needs to have a beginning, middle and end. It ended at a weird spot during a scene of a secondary character. It wasn’t even a true cliffhanger!

I gave it 3 stars because the story was intriguing even though the theme had yet to be fleshed out. Also, the narrator kinda sucked because he never changed his gruff voice (which was perfect for Lyfe) but not for the female characters. This made it hard to follow.

Needs a narrator for the females, his voice was too masculine got confused on which character he was talking for

There is nothing worse than ending a great book that CLEARLY should have a sequel. Only to find, that it doesn’t and there’s no information available on the next installment. Otherwise, it’s a good book. I will likely read more from these authors but I will make sure the entire series is complete first.

Where is the ending? what happened to all the characters. I can't seem to find book 2. Horrible ending. Left too much up in the air at the end of this book.

This book was good until the ending. Nothing was tied up. You don’t know what happened to anybody that was in the book. Part two isn’t about them either. Glad I didn’t pay for this one!

Couldn't Get Past Chapter 4

From the beginning this audio book rubbed me the wrong way. It took me a minute to realize that the first character that was talking was a female. When there are female main characters in my opinion the story should be narrated by a female. The narrator has a very nice, masculine voice but because of that it is hard to listen to him narrate female characters unless he is good at and does different voices. However; I tried to keep it moving until I got to chapter 4 and one of the male character's thoughts were spoken and he immediately began to talk about the female body parts of the main character like she was a piece of meat. Maybe some people like this but at my age it is crass and unnecessary and I'm tired if it. I guess I am just too old for these types of storylines. It saddens me that there are too many novels still being written about young black women with no self-worth who allow themselves to be so mistreated, disrespected and walked allover by some thug life man who doesn't even know his own worth! Yes one female character was painted in a more positive light but her friend on the other hand falls into the category of one who lost herself. I realize that there are many people in the world like these characters for real but do we have to always give them the lime light? A good novel doesn't have to be overly sexualized, with polarized illegal activity to be a good book STOP IT! We can and should by now be doing better. Disappointed!

This book has me yearning for part 2. Can't wait for it to be available.

Not What I Expected

This book was good, it wasn't what I expected and I was a little turned off by the graphic sex scenes but overall it was good. I was disappointed to learn this was part of a series and that book two isn't available so I'm left hanging. Based on the title, I didn't observe much love in this book. The love of a mother and her child and the love of siblings but no other types of love. There were plenty of lies but because this has a sequel didn't get to any of the consequences. I tried to find part two on Amazon and Audible but didn't have any luck 😐

Not my Usual type of book

this isn't usually what I listen to, but I took a chance and enjoyed it. I loved this narrator, he kept my attention and made the book interesting. There's a little more profanity than I'm used to but, the storyline is good. I was hooked a d looked forward to myorning walks so that I could continue to listen and anticipate what would happen next. This book is full of twist and turns, I can't wait for the 2nd book.