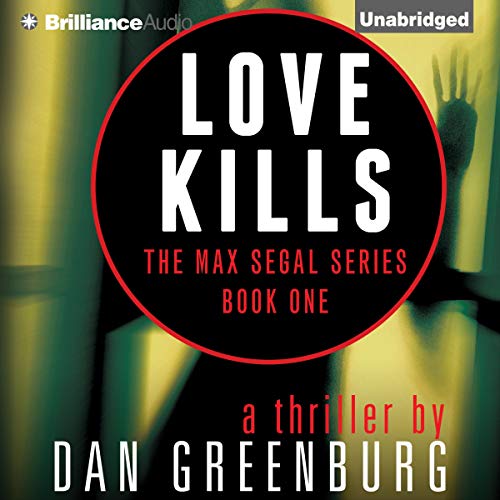 The attractive redhead at the A&P checkout counter opens her checkbook and begins writing a check, unaware that she’s signing her own death warrant. The man behind her in the dark overcoat memorizes the address on her check. When she leaves the A&P, he follows her home. In the next few weeks he tracks her every move...and when she rebuffs his advances, he stabs her. Five women, chosen at random, fall victim to a man the press dubs the Hyena. The NYPD has no leads until young Babette Watson walks into homicide detective Max Segal’s office. She tells him she’s had disturbing visions of all the crimes before they happened. Dubious, Max takes a chance in believing the pretty psychic, and it isn’t long before they’re on the Hyena’s trail. But the Hyena knows they’re tracking him, and it won’t be long before he strikes. Like Fear Itself and Exes, Dan Greenburg’s other best-selling thrillers, Love Kills is a terrifyingly realistic, darkly humorous, startlingly sexual, street-tough novel with a surprising climax.

What listeners say about Love Kills

I rolled my eyes the whole time....

This book is soooo cheesy I found myself rolling my eyes with almost every line Babette speaks! No one is really that naive and insecure! The narrator did a decent job of creating all the different characters, but the writing was so cheesy I couldn't believe it. That being said, I still HAD to listen to the end. Its one of those books you only half way listen to, then you tune in for a while, then back out.

Excellent story with a great cast of characters. I thoroughly enjoyed this audiobook and the narrator made it even better, he was able to achieve so many different accents and very well too. I intend to listen to the next 2 in this series. I definitely recommend 👌

I purchased this book months ago and I'm still trying to finish it. I've zoned out soooo many times, I'm to the point where I'm challenging myself to finish it and remember what I heard. Mad I wasted a credit on it. If you buy it I hope you like it!