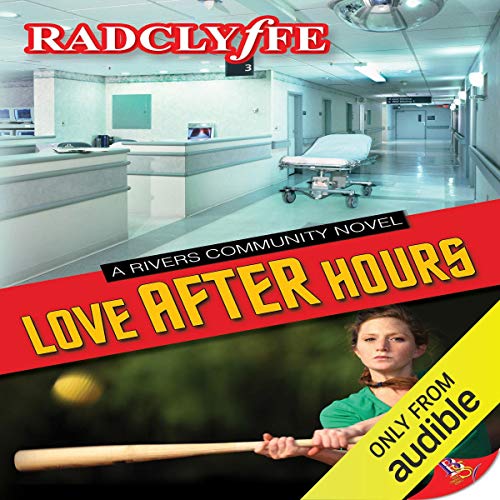 By: Radclyffe
Narrated by: Paige McKinney

Carrie Longmire lives life with a passion - whether at her job as a hospital CEO's admin, as star pitcher for the hospital's softball team, or in her latest romantic possibility, she gives 110 percent, and won't take less from anyone else. Maybe that's why she's still single. She's never met anyone who could convince her they wanted anything more than a fling. Friendly was fun, but not where she wanted to hang her heart.

Gina Antonelli had big dreams once, of riding her athletic achievements all the way to West Point and being the first in a long family line of soldiers to serve as an officer. When that dream died along with the girl she'd planned to marry one day, she'd vowed to forget about happily ever afters. Love hadn't gotten her anything but a broken heart and a ruined body.

When Gina agrees to renovate Carrie's soon-to-be new house as a favor to her brother's boss, she doesn't welcome Carrie's overtures at friendship or her own unexpected attraction.

what is wrong with the narrator?

it's hard to fully enjoy this audiobook because the narrator gave Gina the worst voice possible. actually it wasn't the voice no, it was more the fact that she made her talk so slowly I wondered if she was on valium but just for Gina haha I wanted to like the story but I felt over all the audiobook was just okay because I had to roll my eyes about 30 times at the at the way they were speaking

It was really hard to get beyond how poor the voice actor was. Some of the voices were high and whiney and the others sounded like someone with a hearing disability. It really took away from the story. That’s really disappointing because the Rivers series had been enjoyable.

Good Addition to the Series. HORRIBLE NARRATION! Read the Book!

Started reading Radclyffe last summer and became an instant fan. Straightforward formula: Woman hurt by love, swears never to love again, new woman appears on the scene with a broken heart of her own. Instant attraction but they’re both afraid. But then a life altering event brings them together. I EAT IT UP! It’s excellent escapism. This is a good addition to the Rivers series. I was beginning to wonder when Carrie would find someone.

What kills this audiobook is the narration. Paige McKinney did an awful job on the third book. Why on earth would you have her record the fourth book when all the reviews slam her narration?

McKinney speaks so slow at times, I thought I had my app set at 0.75 speed. No, it was normal speed. I actually set the speed to 1.25 thinking that would help. I didn’t. It is most noticeable with the main character, Gina.

She makes Harper and Flannery sound goofy. These are two strong women. One is the heir to the thrown for Chief of Medicine and the other is the current Chief of Surgery. For reference for how they should sound, listen to the first book, Against Doctor’s Orders. Eva Kaminsky nails them perfectly. Kaminsky also does an amazing Ida Rivers.

I reached the point where I stopped listening at chapter 5 and bought the book to read.

If you’re continuing the series, this is a good addition. Not Radclyffe’s best, but good. I recommend you read the book.

And Audible...stop using Paige McKinney for Radclyffe. Abby Craden for the Honor series, Betsy Zajko for the Justice series, and Nicol Zanzarella for the Provincetown series. Coleen Marlo, Natalie Duke and Nicole Vilencia are great with the stand alone books and First Responder series. PLEASE bring back Kaminsky for the Rivers series.

I would not highly recommend it as I would with many of Radclyffe's books. I enjoy the Rivers series (and most of Rad's other work), but this story felt a bit rushed to me - and more contrived than some of her other romances. While we got to know Carrie a bit better than in prior books, she seemed much different than I expected. She does not strike me as someone who would say they were well on the road to falling in love after such a short time. The narrator on this book did not help. I actually thought I had set the speed to slow down speech and had to check. She was difficult to listen to in many parts of the book.

Would you be willing to try another book from Radclyffe? Why or why not?

Yes. I have read most of her work and generally enjoy her stand alone books as well as the series she has published.

Who would you have cast as narrator instead of Paige McKinney?

Love Radcylffe, narrator was not good

The narrator of this story was lacking the ability to capture the characters correctly, everyone sounded the same and they were all insanely girly sounding.

The narrator is either 13 year old valley girl or an adult trying to sound like one. Every single character's dialogue is read to sound snide and sarcastic. Simply awful.

The performance distracted from the story. Some characters spoke too slow, others too fast. Voices didn't match the characters. I'm disappointed.

Loved this story so much that I listened to it twice but the narration leaves a lot to be desired. I recommend putting the speed to 1.25x. For some reason the narrator speaks VERY, very slowly for all the voices. The first time I heard her do Gina I wanted to stop listening. Hopefully they choose someone else for the next book.

Buy the book, the narration was awful

I’ve purchased all of the River series and am an avid fan of Radclyffe’s works. However, this was the only one I could not bear to listen to at all. Earlier audiobooks with other narrators were so much better. Even the previous one with the same narrator, Paige McKinney, wasn’t great but it was tolerable.

I tried listening to “Love After Hours” a half a dozen times hoping it would get better but the narrator’s weird slow cadence with Gina and a majority of the other characters was cringe worthy. Also, Abby and Flannery’s dialogue went from deep and melodious in previous books to a slow speech with some sort of impediment to high and whiny for Flannery. It was awful and monotone for any of the dialogue portions.

I returned the audiobook and will be buying the book itself. I love the story but I could not sit through that narration whatsoever which made me quite sad. I was looking forward to Carrie’s story of finding love. For the future, I hope they return to using earlier narrators like Abby Crayden and Eva Kaminsky or even outside narrators like Melissa Sternenberg or Jill Smith.

The narrator is horrible

The book itself is ok. It wasn't bad but could have been better. I need more depth in a story. However, the narrator ruined the entire book. I don't know why she speaks so slowly when it comes to dialogue between characters. I will make sure I NEVER get another book narrated by Paige Mckinney.

I love Radclyffe and have enjoyed pretty much everything she has written. But I nearly gave up on this book and I am put off buying others when certain narrators are used.
No offence but the narrator just didn't/doesn't work for me.
So I made it through because I've enjoyed the series and wanted to know the story but it was hard.

Love all the hours

Blitzed through this one, storyline and pace was absolutely perfect - Radclyffe back on form in the best way.

The book was really good I enjoy the soft story and the characters and how you slowly get to know each of them. Performance was really nice and easy to listen to.

Americans don't really talk like that do they? Once I got used to the sketch show American accents I enjoyed it.