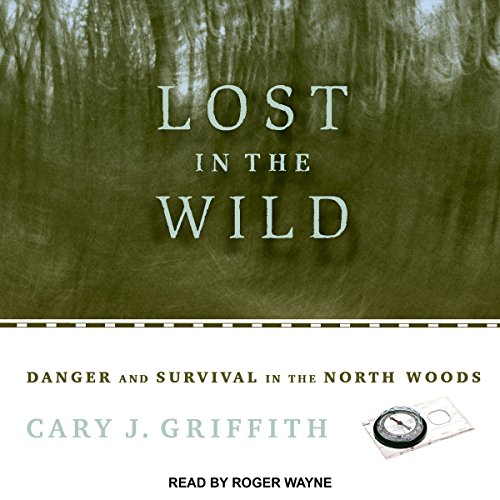 Lost in the Wild

Lost in the Wild

In the wilderness, one false step can make the difference between a delightful respite and a brush with death.

On a beautiful summer afternoon in 1998, Dan Stephens, a 22-year-old canoeist, was leading a trip deep into Ontario's Quetico Provincial Park. He stepped into a gap among cedar trees to look for the next portage - and did not return. More than four hours later, Dan awakened from a fall with a lump on his head and stumbled deeper into the woods, confused.

Three years later, Jason Rasmussen, a third-year medical student who loved the forest's solitude, walked alone into the Boundary Waters Canoe Area Wilderness on a crisp fall day. After a two-day trek into a remote area of the woods, he stepped away from his campsite and made a series of seemingly trivial mistakes that left him separated from his supplies, wet, and lost, as cold darkness fell.

Enduring days without food or shelter, these men faced the full harsh force of wilderness, the place that they had sought out for tranquil refuge from city life. Lost in the Wild takes listeners with them as they enter realms of pain, fear, and courage, as they suffer dizzying confusion and unending frustration, and as they overcome seemingly insurmountable hurdles in a race to survive.

Fascinating and engrosing story. Well presented and considerately read! I found myself unable to stop listening... even when I was at work!

What a great listen!

As one who lives in a rural, northern area and who hikes the wilderness often, this book intrigued me. What a treat! The story narrates the stories of two men and their journeys through the wilderness as they got unexpectedly lost in the very remote woods of northern Minnesota and Canada. I listened nearly the entire way through, stopping only to sleep. The stories were captivating, and it provided terrific info on what to do (and what NOT to do) if lost in the woods. The narrator did a great job with the stories, and each of the two men's tales were equally riveting. Their determination to survive was heart-wrenching. If you're a lover of the outdoors or of survival stories, I highly recommend!

Great book, but should be organized differently

This book contains many lessons as to how quickly your plans can go wrong when in the wild. There are two true stories that keep you engaged... you become so wrapped into each story that you do not want to stop. How will each person overcome the long odds and survive? Read and find out. Both tales are informative and entertaining.

My only issue is how the book is organized (so 4 stars instead of 5). Each story is broken into alternating chapters, so neither is told in its entirety. The context-switching between the 2 stories when starting a new chapter soon drove me crazy, trying to remember exactly all that happened in the previous story before the change. It was so distracting that I gave up listening sequentially. I completed the book by skipping chapters so I could finish one story first... then go back and finish the other story by skipping chapters again. The book will be more enjoyable if the chapters are re-organized so the stories are complete instead of disjointed.

I enjoyed this book overall. I always struggle with narrators who do voices, and the falsetto voices were distracting, but otherwise the narration was well-paced and didn't distract from the story. The format of the book, with its alternating chapters, was a little hard to follow in the audio version, especially if you missed the chapter subheading. I appreciated how the author highlighted the mistakes of Jason and Dan without dwelling on them too much, since they were largely the kinds of mistakes any person could make. I'm not sure I would listen to it again, but I don't regret picking it up.

Gripping accounts of survival and rescue

I began listening to this book just days after a 6 day canoe trip in the Boundary Waters area. I am familiar with some of the areas where these sagas unfold and can attest to the wild nature of the terrain and environment. It’s a gripping account of the will to survive and the absolute dedication of the first responders and SAR personnel that come to rescue lost or injured folks in the backcountry. One you start listening you won’t want to hit the pause button!

awesome read.! what not to do before You get lost

i couldn't stop untill i found out what happens next. A big reminder of what to pack,. how to know your limitations and that learning how to navigate might be the most important tool you could have.

Gripping story of two separate lost hikers. I'm not sure why the author decided to tell the story in the present tense, which was a little distracting to me. The narrator was superb.

too many details turned this very interesting story into a chore to listen to. The smallest detail like when and exactly how the person went to the bathroom really took the polish off an otherwise good story. Would have been much more enjoyable had it been a wee less descriptive. It's hard to engage with since not even the most minute detail is left to imagination.

this was very well written. I enjoyed the story and was very happy with the rescue!!

Good book to read before you go On a hiking trip into the northern boundary waters of Minnesota.

2 different lost in the woods story's mixed into 1 book makes this a bit strange not sure why both are intertwined but both are average at best anyhow.

Really loved this, I could barely stop listening to it once I started. The narrator does a brilliant job and the stories provide two fascinatingly different views of a survival situation.

This was such a gripping story, I just couldn't put it down. it had my emotions hanging on a knife edge