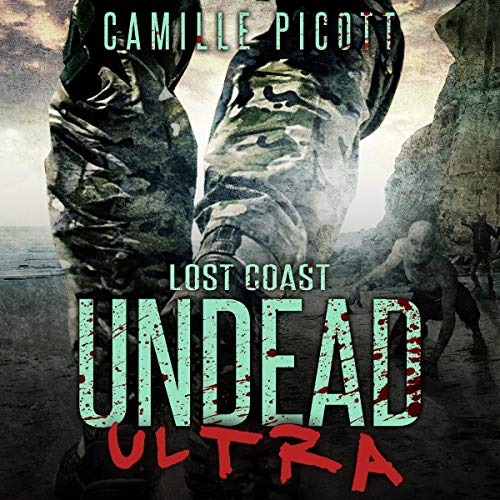 What if zombies evolved...and organized?

Out of the ashes of the zombie apocalypse, Kate and her small band of survivors have created a life and become a family. They train together, scavenge together, and survive together.

Their comfortable routine is interrupted by a frantic distress call. When Kate forms a rescue mission, she and her people find themselves faced with the unthinkable: evolved “alpha” zombies capable of organizing hordes of the undead. Even worse, the alphas are on the move - and they’re headed straight for the university where the survivors have made their home. Can Kate and her people outwit the alpha zombies and save their home? Or will they become part of the undead horde?

What listeners say about Lost Coast

not that I want to chased by zombies. But now I have added a few races to my list and places to visit.

just as good if not better than the last

I absolutely love this series, between the story and the narration it is a damn near perfect lompoc series.

The Audible version of Lost Coast (Undead Ultra, Book 3) by Camille Picott is a worthy addition to the Undead Ultra series that concludes with book 4. Author Camille Picott pays attention to her craft, and comes up with creative and unusual situations and plot developments. This book is worth your time.

In Lost Coast, Kate decides to mount a rescue of a couple on the boat Fairhaven. She then decides, with the encouragement of her family, to come to the aid of Alvarez, the leader of Fort Ross. Kate is now a killer, and the mother of all Mama Bears. She would give her own life to protect her new family. Not only will she do whatever is necessary to protect her group, she trains and motivates slacker students, soldiers, and new recruits to run ultra distances.

Living with sudden death around each corner doesn’t seem to dampen romantic interests. Kate helps Ash and Caleb see that they could be a couple, but Kate has a hard time realizing that Ben cares for her. Lila and Eric make unrepentant music with their banging headboard, to the chagrin of everyone else. Carter and his girlfriend Jenna stay silent in the bedroom, probably due to the presence of Kate, his real mother.

Gwendolyn Druyor’s reading is excellent, and my favorite narrator of Camille’s books. She has recorded Hacker: A Sulan Story, Undead Ultra, and Dorm Life: Undead Ultra , Book 2. All of Picott’s audiobooks are high quality.

Now that I wear hearing aids, it’s hard for me to understand Druyor’s voice depiction of Lila, which is in a very high voice. My only other quibble, and it’s not worth deducting a star, is that Picott’s audiobooks have not been released concurrently with the kindle versions. I like to switch between reading and listening, but in this case I had read the book twice before listening to the Audible version. No problem! At least now, when I fall asleep and find the recording has gone all the way to the end, I know exactly where I left off.

As good as Druyor’s narration is, Picott should consider recording at least one of her books herself. Books read by authors like Barry Eisler, Joyce Maynard, and Sasha Sagan have a special quality and emphasis. At the very least, you know the interpretation is genuine and accurate.

Lost Coast (Undead Ultra Book 3) scores 155 on the Firetruck Scoreboard, as in “I don’t give a Fire Truck." This is second to the first book in the series, Ultra Undead, which scored 174.

Disclaimer: I turned downed a free offer for this audiobook and bought a copy. I like it that much.

just discovered her books. i really enjoy them. went though all 3 books in a week

amazing talents for both the author and narrator. both ladies are talented and I am waiting for the next book