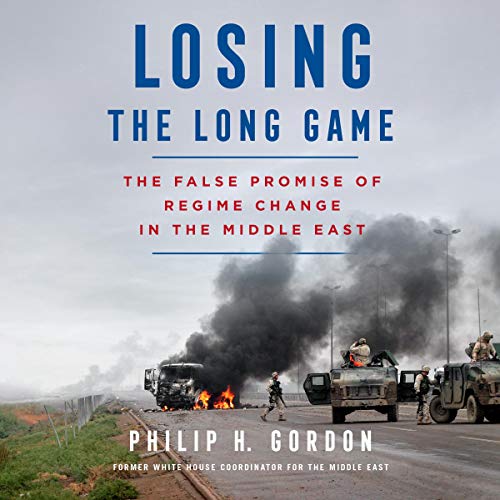 The definitive account of how regime change in the Middle East has proven so tempting to American policymakers for decades - despite never achieving the far-reaching aims of its proponents - and how it's finally time to forge a new path forward.

Since the end of World War II, the United States has set out to oust governments in the Middle East on an average of once per decade - in places as diverse as Iran, Iraq, Afghanistan (twice), Egypt, Libya, and Syria. The reasons for these interventions have also been extremely diverse, and the methods by which the United States pursued regime change have also been highly varied, ranging from diplomatic pressure alone to outright military invasion and occupation. What is common to all the operations, however, is that they failed to achieve their ultimate goals, produced a range of unintended and even catastrophic consequences, carried heavy financial and human costs, and in many cases left the countries in question worse off than they were before.

Losing the Long Game is a thorough and riveting look at the US experience with regime change over the past 70 years and an insider's view on US policymaking in the region at the highest levels. It is the story of repeated US interventions in the region that always started out with high hopes and often the best of intentions, but never turned out well. No future discussion of US policy in the Middle East will be complete without taking into account the lessons of the past, especially at a time of intense domestic polarization and reckoning with America's standing in world.

What listeners say about Losing the Long Game

Each chapter serves as a fascinating case study of American regime change. His analysis is thorough. I particularly enjoyed how he explored alternative options to the path chosen by the US in each case study. His experience in the Obama administration gives him tremendous insight into several of these situations. He’s honest about the fact that there are no easy solutions to any of these problems. Highly recommend!