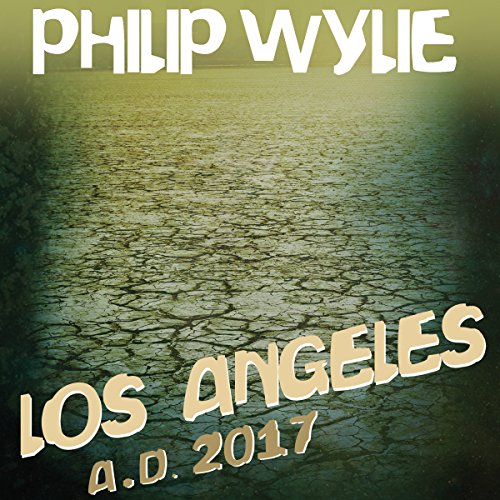 A stark and terrifying vision of an apocalyptic, environmentally ravaged near-future world from a 20th-century master of thought-provoking science fiction. In a writing career that spanned six decades, Philip Wylie created an astonishing body of work that ranged from science fiction to suspense to philosophy to social criticism while inspiring the creation of such iconic characters as Superman, Flash Gordon, Doc Savage, and Travis McGee. In Los Angeles: A.D. 2017, based on Wylie’s own teleplay written for the hit 1970s TV series The Name of the Game, directed by a young Steven Spielberg, the author imagines a dystopian future in which environmental disaster has driven the remnants of humankind belowground. By the year 2017, a series of ecological catastrophes have eliminated most of the Earth’s population while destroying the America we once knew. The few who have survived live in underground bunkers beneath the ruins of the nation’s major cities, controlled by ruthless corporate entities that have remolded the devastated society into USA, Inc. This is the nightmare into which crusading magazine publisher Glenn Howard awakens after 40 years of sleep. As a powerful 20th-century entrepreneur, Howard is expected to join the elite. But in this dark future age, population numbers are strictly controlled by computer; the aged, infirm, and unproductive are mercilessly eliminated; and all dissent is punished by death. For an idealist like Howard, accepting the new status quo is unthinkable. But the alternative - working with a secret rebel committed to overthrowing the cruel corporate masters - could prove the most dangerous route of all, a path that leads inexorably to one unthinkable outcome: erasure.

I saw, as a small child, the TV movie version of this story. It remained with me all these years, and I was thrilled when I saw this title in Audible.

Unfortunately the book is turgid, and filled with long essays on 70s business culture, sexuality and environmentalism. Its valuable in that the 70s concerns about air pollution bringing about the end of the world are echoed in today's concerns about global warming and climate change.

All the preaching brings the story pacing to a crawl. If I were the editor I'd have cut the essays back by 2/3rds.

It's a shame, really, because this would be an otherwise very entertaining and thought-provoking time slip tale.