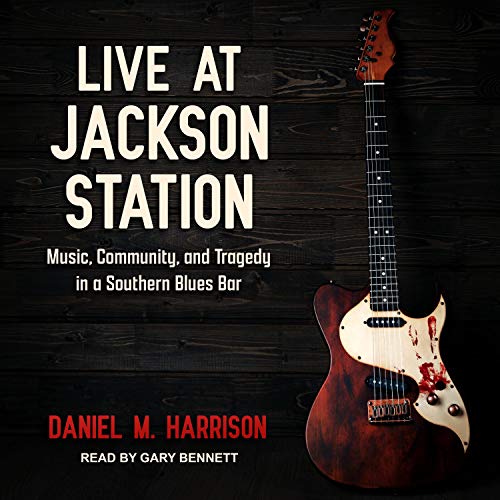 The smoke was thick, the music was loud, and the beer was flowing. In the fast-and-loose 1980s, Jackson Station Rhythm and Blues Club in Hodges, South Carolina, was a festive late-night roadhouse filled with people from all walks of life who gathered to listen to the live music of high-energy performers. Housed in a Reconstruction-era railway station, the blues club embraced local Southern culture and brought a cosmopolitan vibe to the South Carolina backcountry.

Over the years, Jackson Station became known as one of the most iconic blues bars in the South. It offered an exciting venue for local and traveling musical artists, including Widespread Panic, the Swimming Pool Qs, Bob Margolin, Tinsley Ellis, and R&B legend Nappy Brown, who loved to keep playing long after sunrise.

The good times ground to a terrifying halt in the early morning hours of April 7, 1990. A brutal attack - an apparent hate crime - on the owner Gerald Jackson forever altered the lives of all involved.

What listeners say about Live at Jackson Station