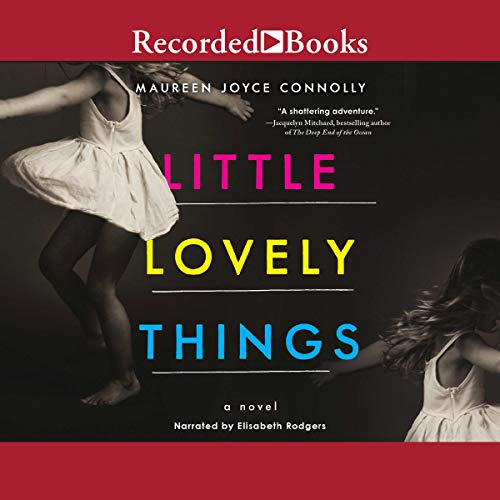 A mother's chance decision leads to a twist of fate that is every parent's worst nightmare.

Claire Rawlings, mother of two and medical resident, will not let the troubling signs of an allergic reaction prevent her from making it in for rounds. But when Claire's symptoms overpower her while she's driving into work, her two children in tow, she must pull over.

Moments later, she wakes up on the floor of a gas station bathroom - her car and her precious girls have vanished. The police have no leads, and the weight of guilt presses down on Claire as each hour passes with no trace of her girls. All she has to hold on to are her strained marriage, a potentially unreliable witness who emerges days later, and the desperate but unquenchable belief that her daughters are out there somewhere.

Little Lovely Things is the story of a family shattered by an unthinkable tragedy. Played out in multiple narrative voices, the novel explores how the lives of those affected fatefully intersect and highlights the potential catastrophe of the small decisions we make every day.

and then it just ended

was really good and then it just... ended. the story wasn't wrapped up at all.

This story starts off promising but quickly goes downhill. The author uses WAY TOO many metaphors and the narration is terrible. Not one character is believable in their dialogue and the bird is just ridiculously annoying.

OMG the narrator is HORRIBLE. Story ok but yikes!

When the narrator is telling the story you can barely hear her. Therefore you have to have the volume up a little bit. But look out! Because when she imitates an animal or a loud voice, it is beyond a level of irritation that I can explain. I encourage consideration to re-release this book with a different narrator, because the story itself was pretty good. It took all I had to get through it though because of that voice.

The story needed a more complete ending and the descriptive language was overused leaving zero room for imagination. I just felt this story needed more.

Heart wrenching and too heavy to be entertaining

This focused way to much on all of the misery of the situation with little character development in the beginning and too little redemption at the end. Where was the entertainment value? Really long and the story was way too drawn out!

I can’t say how good or not good the book is because I couldn’t get passed the second chapter. The narrator is terrible at child voices and imitating a birds chirping. Like nails on a chalkboard.

This book was excellent. It is definitely a good read, but I was compelled to give it four stars because it ended so abruptly. A reader likes closure and, if ever a book needed an epilogue, this is it. Too many questions remained at the end.

I read this book in one day . The writing was masterful . It was powerful portraying grief and tragedy and brought me to tears . There’s mystery and suspense also that kept me from putting it down . It’s worth 2 credits ! Nothing like a book that’s it is so good that you hate to see it end . You won’t regret purchasing this book ......

I was captured from beginning to end! I gleaned some important life lessons and interesting phenomena to ponder also. Thanks to the author and narrator. Well done!

Not just your topical Mom loses daughter but instead a wonderful story with great characters. My favorite, Coleen or aka Andrea made the book shine with her wonderful talents and wit. Superb narration and writing.