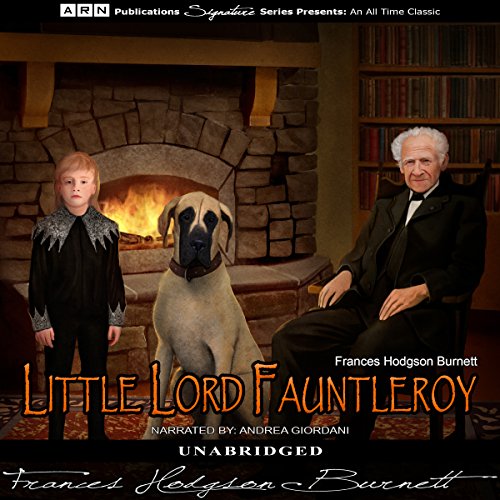 Little Lord Fauntleroy by Frances Hodgson Burnett is a children's classic. The story is about a young boy named Cedric who lives with his mother in a tiny cottage in New York after his father dies. Luckily for Cedric, a lawyer finds him and tells him that he is the heir to the title of earl and a vast estate in England. His grandfather, the Earl of Dorincourt, has sent for him, and it is his grandfather's wish that Cedric come to the estate to learn to be an aristocrat with the new title Lord Fauntleroy.

However, Cedric's mother is not welcomed by the old earl because he never approved of the marriage between her, an American, and his now deceased son. Ultimately Cedric chooses to go live with his grandfather at the estate. As the two begin to come together, a woman claims that her son is in fact the rightful heir, causing great trouble and confusion.

Although Cedric sees his grandfather as a kind and generous man, it is obvious that the earl is old and bitter, yet Cedric's gentle nature and passion toward others intrigues the earl, and eventually the earl becomes the man that Cedric imagined him to be.

Sweet story, very nicely narrated. Made our family car trip seem shorter than it was. Thank you!

i picked up the book because it was a classic and i felt the need to read it at least once in my life, to be honest i wasn't that much impressed by the book, Fauntleroy seemed a little too perfect even for a character in a book. the story was simple in my opinion, probably because it was aimed for kids. the narrating did a good job narrating the story but my god the audio editing was horrible!! there was so much cutting and editing after each sentence it made it seem like Siri was reading it at times.