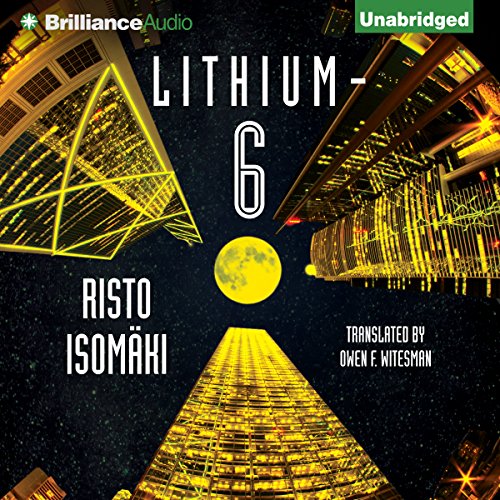 In the span of a few days, six tons of lithium-6 are stolen in Japan, and 180 grams of plutonium vanish in France. Word of these crimes quickly reaches Colonel Kenneth Andrews at the US Nuclear Terrorism Unit. He mobilizes the best team in nuclear defense, including special agents - and couple - Lauri Nurmi and Alice Donovan.

As this secret task force sets out to find the contraband elements, they begin to fear that someone is developing a doomsday weapon. Breeder reactors are being installed around the world to provide clean energy, but they also present risks: every shipment of fuel to a nuclear power station gives terrorists an opportunity to create a nuclear weapon. When Lauri and Alice realize that they have a global conflict on their hands, one in which the definition of terrorist is a moving target, they'll put their relationship - and their lives - in jeopardy to venture headfirst toward a new and dangerous front line. But in this game of nuclear reaction, what holds the most power to destroy the world as we know it - the weapon itself or the fear it inspires?

It makes you think.

The book was well written. I have spent many hours thinking about the ideas presented. Scary! I really enjoyed it. The reader did an excellent job.

What made the experience of listening to Lithium-6 the most enjoyable?

Topic of nuclear energy and terrorism is Current topic

I like the main character is Finnish :) also at least pseudo realistic science feeling is a nice bonus

Some parts are kind of scary

Some parts of the book are a bit too eco-political, especially this one part where "ice-9" (meaning end of the world in this context) was repeated several dozen times.

while the story line was good. the author spend a large amount of the story discussing international policy and whats wrong with all the world's events. it's very distracting from what otherwise is a good tale.