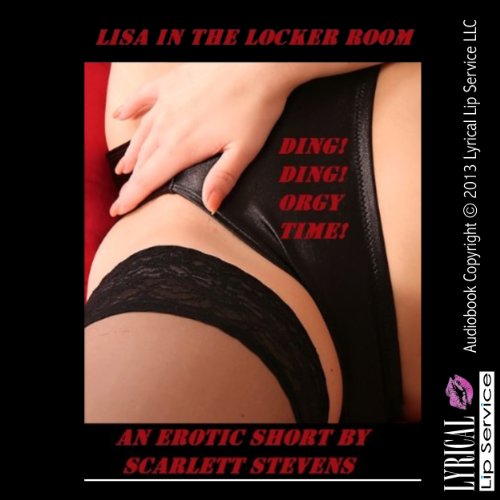 Lisa in the Locker Room

Lisa loves the glamour of being a professional wrestler's girlfriend, but huge muscles on her boyfriend don't make him huge everywhere! Fortunately for her, the locker room at the arena is always filled with big, big men.

Everyone cheered at my minor performance, and insisted on hugging me. The guy to my left was still sitting in his towel, legs spread. I couldn’t help but see his huge dick dangling down in between his legs, and I looked away hurriedly. Unfortunately, the next sight I saw was the open showers, and Sterling Steve masturbating whilst looking right at me! I could barely believe my own eyes. The men had no shame whatsoever, and happily paraded their muscled bodies in front of my disbelieving face.The others gathered around me; Kahn, Diamond Hulk, the aptly named Master Cannon in his strategically placed towel, and the Ambassador. I blushed as they gazed down on me, all half naked. Steve was still jerking away in the showers, smiling at me.“You know,” said Kahn, eyeing the clock and then me, “Marc ain’t gonna be back for at least 15 minutes. What shall we do?” My mouth fell open as the Cannon dropped his towel...

What listeners say about Lisa in the Locker Room