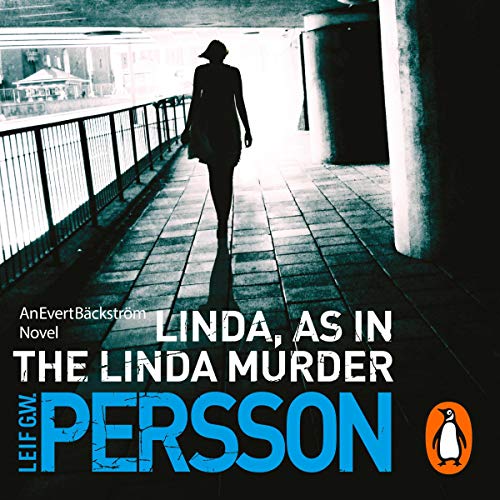 Linda, as in the Linda Murder

In the middle of an unusually hot Swedish summer, a young woman studying at the Vaxjo Police Academy is brutally murdered. Police Inspector Evert Bäckström is unwillingly drafted in from Stockholm to head up the investigation.

Egotistical, vain and utterly prejudiced against everything, Bäckström is a man who has no sense of duty or responsibility, thinks everyone with the exception of himself is an imbecile and is only really capable of warm feelings towards his pet goldfish and the nearest bottle of liquor. If they are to solve the case, his long suffering team must work around him, following the scant few leads which remain after Bäckström's intransigence has let the trail go cold.

Blackly comic, thrillingly compelling and utterly real, Linda, as in the Linda Murder is the novel which introduces the listener to the modern masterpiece that is Evert Bäckström, a man described by his creator as 'short, fat and primitive'. He is, without doubt, the real deal when it comes to modern policing.

What listeners say about Linda, as in the Linda Murder